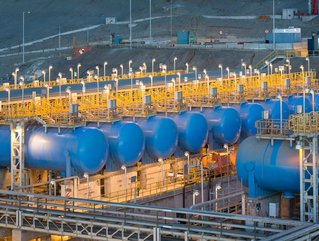 ACCIONA and ACWA Power led consortiums, and ENGIE, are shortlisted for the contract to build and operate the 600,000 cu m/day desalination plant

Saudi Water Partnerships Company (SWPC) has announced that the consortiums of infrastructure majors ACCIONA and ACWA Power, as well as the French multinational utility group, ENGIE, are all in the race for the Rabigh 4 Independent Water Project.

In a statement, SPWC said that the project, which is located 180 kilometres northwest of Makkah on the Red Sea coast, in the country’s Western Province, will include a desalination plant and all other associated infrastructure and facilities. Once completed, it will have a total capacity of 600,000 cu m/day.

In addition, firms such as Hydro Industries from the UK, Aquatech International (from the US), Marubeni (Japan), J&P (Cyprus), and VA Tech Wabag (India), also expressed an interest, the reports added.

From these, there were 21 Expressions of Interest from Saudi companies, including ACWA Power, Al Bawani Water & Power, as well as Marafiq, SAJCO, Alfanar, Nesma, AlKawther Industries, Mowah, HAACO, and National Water Works.

Other companies with their sights on the project included GCC players such as Metito Utilities and Utico from UAE, Elsewedy from Egypt, and Lamar Holding, the Bahrain-based company.

However, SPWC confirmed that only three bidders had made it to the final round. These firms were: ACCIONA and its consortium partner, Ajlan Brothers and Company; ACWA Power with Haji Hussein Ali Reda and Partners Company and Almoayyed Contracting Group; and ENGIE.

SWPC said that the winning developer/developer consortium will be responsible for the development, financing, procurement, implementation, and operation and maintenance of the Rabigh 4 project.

It added that through a special purpose vehicle, it will develop the project and sell the entire capacity to SWPC under a 25-year concession pursuant to a Water Purchase Agreement. The project is due to be completed in Q4 2025.