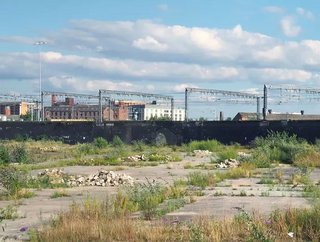 The proportion of brownfield plots with planning permission are currently the lowest since records began, notes CPRE report

Housing developers in England are "gorging" on precious greenfield land over brownfield development, according to countryside charity CPRE's annual state of brownfield report.

The proportion of brownfield plots with planning permission are currently the lowest since records began – down from 53% last year to 44% now – despite having room to develop up to 1.3 million new homes, it states.

Plenty of sites are also available in London and the southeast, where just over half a million homes could be built without touching green spaces, it adds.

West Midlands mayor Andy Street said the priority for housing has to be providing the homes that are much needed while protecting the green belt for future generations.

"The simple fact is there is no excuse to destroy the countryside while so much brownfield land is available for housing, which is why in our region we use the cash we’ve won from the government to pay to clean up derelict industrial land," he said.

"This is vital in the context of protecting our natural environment so it can help in the fight against climate change while levelling up our towns and cities so that they are thriving, attractive places to live and work – with nature on the doorstep to be explored and enjoyed."

CPRE is calling for a ‘brownfield first’ policy that ensures all new developments include affordable housing, including Help to Buy.

"We need to direct councils and developers to use these sites – often in town and city centres where housing need is most acute – before any greenfield land can be released," she said.

"It is wasteful and immoral to abandon our former industrial heartlands where factories and out-dated housing have fallen into disrepair. Developing brownfield is a win-win solution that holds back the tide of new buildings on pristine countryside and aids urban regeneration at a stroke.

Analysis shows the use of previously undeveloped greenfield land soared by 148% between 2006 and 2017, the latest date for which figures are available. The proportion of brownfield land being used for residential development dropped by 38% in the same period.

Using information on brownfield land registers since they were first introduced in 2016, development consultancy Glenigan identified a net addition to the registers of 4,245 – nearly a fifth of all sites.

Drivers behind urban innovation are numerous but both the digitalisation of lifestyles, accelerated by Covid-19, and the increasingly pressing need to address climate change are powerful engines for metropolitan transformation.

According to ABI Research, investments in urban infrastructure aimed at implementing new visions for cities will reach US$375 billion by 2030 as cities invest in brownfield and greenfield projects.

"In 2021, eye-catching urban visions such as The Line and Telosa were announced, proposing fundamentally new infrastructure templates for city living based on green, pedestrianised, and 20-minute neighborhoods served by on-demand mobility, retail, healthcare, and delivery robots, while banning traditional transportation, energy, and utilities layers to underground levels.

"While many of these new city visions may never see the light of day, they do offer a glimpse into a more humanised, sustainable, and resilient urban future, much of which will be realised by gradually retrofitting and/or upgrading existing urban infrastructure in the next decades."

HALO Kilmarnock is a £63m brownfield urban regeneration project on a 23-acre site that was formerly the home of Johnnie Walker. US-based PRA Group employs 300 people across three locations in Kilmarnock, all of whom will move into two floors at the low carbon development within the 23-acre HALO Digital and Cyber Innovation Park.

"We look forward to working with PRA Group to build on its presence in the town and to offer its team professional development with the digital and cyber skills that our partnerships uniquely enable The HALO to provide," said Dr. Marie Macklin CBE, Founder and Executive Chair of The HALO Urban Regeneration Company.