In the face of a growing digital demand, the need for businesses to store data securely without impacting on ongoing business operations is growing apace. Companies are increasingly looking at ways in which to relocate data from private servers to cloud-based solutions, whilst eyeing areas of future growth by building data centres within new, untapped markets.

Africa has been viewed with interest, and has become one of the biggest growth areas worldwide, according to Michael Tobin, former Chief Executive of data centre operator Telecity. He explains: “You have a growing population, a changing affluence… Add to that the fact that the continent has leapfrogged technology and gone straight to mobile, stabilising governments and eastern investment are all the ingredients you need to guarantee the fill rates of data centres.”

Whilst large multinational companies, such as IBM and Microsoft are therefore looking to grow their services within Africa, Angolan based company MULTIPLA has been at the forefront of this space, and has grown its services to establish itself as a key player within the African data centre industry. The company’s new data centre has been constructed with an emphasis on collaboration and delivering key solutions to its customers.

“At the time of construction, there were increased concerns that Africa was not entirely prepared for such service delivery to clients, as most data centres at that time were company data centres,” explains MULTIPLA Operations Manager Tiago Nogueira. “We opened in 2013 for clients, but it was a challenge. It was not something that you saw much in Angola at that time.” However, since its launch and with ongoing success, the company has seen the rise of local and international competition.

Partnering with technology giant Schneider Electric throughout its construction, MULTIPLA now has 36 racks for colocation and 15 for its own infrastructure and developing local cloud services. Built to enable scalability, Nogueira explains that this will enable MULTIPLA to grow its services as the business grows in order to further support its clients.

“Supporting the design and implementation, we are now working on the second phase as MUTIPLA continues to grow,” comments Ronald De Almeida, Commercial manager SADC, Schneider Electric. “It is good news compared to the way the market is at the moment.”

Working together and sharing best practices, Schneider Electric had a team member in Angola to assist with the engineering, remaining in direct contact surrounding the overall design works. Schneider Electric also assisted with the shipment of vital equipment to Angola, which has seen MULTIPLA gain critical certifications, required to reach international standards.

“That’s how we assist our partners – not just in the delivery of the equipment, but also with the design and build. The customer feels that they are in safe hands, and they can focus on their business, which is to filling up the data centre,” De Almeida notes.

Nonetheless, power continues to be a challenge throughout Africa, which can heavily impact MULTIPLA’s operations. “In Angola, the production of power is not enough for what the consumption is, so there are a lot of shortages. The quality of the grid and the distribution is not yet built for optimal performance,” Nogueira says.

“We are entering the rainy season where we can predict more shortages of energy, which means that we will probably be running on generators around 60% of the time. Things have been improving but we are not there yet, and the quality of the power provided by the grid can be at different ranges, which can put equipment in jeopardy.

“If you look at the colocation business we are providing, we guarantee the power and essential cooling to our customers’ equipment 24-7, so the infrastructure part has to be met. We cannot let down banking, insurance or distribution services due to shortages of electricity in one part of town, for example. That’s what we ensure through the colocation business.”

Upon the completion of the first phase, Schneider Electric worked to counteract and resolve any issues which became apparent within MULTIPLA’s data centre operations. Its proactive response led a field engineering team to arrive on site and fix all issues created from previous contractors, including an upgrade of existing piping that was not up to company standard.

“We look at the implementation and installation, and advise our customers where they can improve at the minimal cost. When equipment doesn’t function, we replace it and ensure things get up and running. We ensure everything is done right from the word go,” De Almeida explains.

Additionally, to attract local and international business, security continues to be a key feature throughout the overall design and maintenance of MULTIPLA’s data centre. “If you approach a bank in Angola, the first thing they will want to know is the security of that data centre and the certifications which that data centre has complied to,” explains De Almeida. With such focus, MULTIPLA now provides its services to a large number of banking, insurance and distribution companies, ensuring all data remains secure.

“We explain to clients that they should keep their resources to what their core business is – banking people should be banking and not looking after generators and UPS’s and cooling systems,” comments Nogueira. “We can do that for them and can assure the security of their equipment and data in our data centre.” MULTIPLA is also alerted to any potential discrepancies within client services, and deploys any procedure which clients have put in place, further supporting its ongoing service delivery.

This increased customer focus echoes that of Schneider Electric’s ongoing business strategy. De Almeida explains that the company works to strengthen its existing partnerships as part of its service delivery strategy, which has proved advantageous, especially in areas such as Angola and the partnership with MULTIPLA.

“It strengthens our relationship, as particularly in Angola, a lot of vendors, multinationals and expats left the country when the market crashed. Instead of doing the same as our competitors, we would rather put all of our investment and resources into servicing the customers that we have in this market.

“Just word of mouth of what we are doing for these particular customers has driven our business considerably,” he says.

Both MULTIPLA and Schneider Electric have placed increased emphasis in guaranteeing exceptional service delivery to its customers, which starts from the bottom up. Nogueira explains that internal training has become a vital part of MULTIPLA’s core business functions in order to remain competitive against a maturing market within Africa.

“Training is necessary – and with a 24-7 approach, it is something that is rewarding.”

Providing operational training for free, Schneider Electric sends teams to train clients on whatever aspect they have purchased, in order to make clients completely self-reliant, with a backup if required.

“We are embarking on a programme in Angola with Utanga University, which is the technical university in Luanda with over 25,000 students,” De Almeida says. “We are setting up a data centre for the university, but it is also a training centre where students can learn the technology of the data centre and we encompass this whole programme as a global exercise.

“It’s not just managing data centres, it’s also to dive into local communities and look to the future.”

Five years ago, MULTIPLA worked to convince the Angolan community to dive into the data centre industry and utilise colocation, to which its ongoing success speaks for itself. Today, the company continues to work on developing its cloud services, providing new products and looking towards new business opportunities, supporting clients throughout their business operations.

“We now have a five-year-old data centre,” concludes Nogueira. “In terms of the services and support which we provide to our clients, there is no other competitor in the market.” 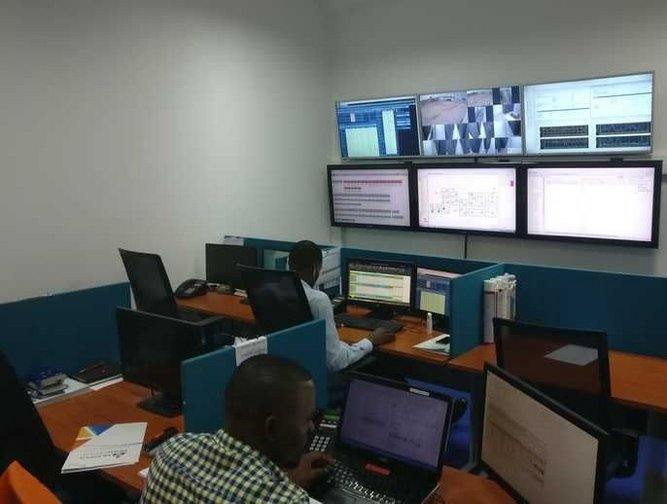 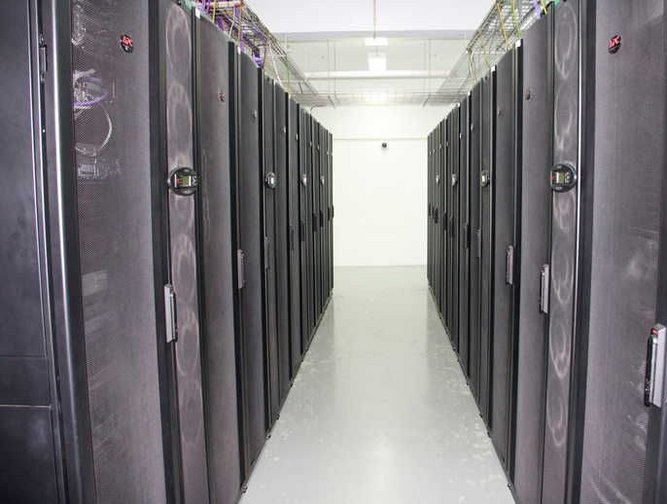 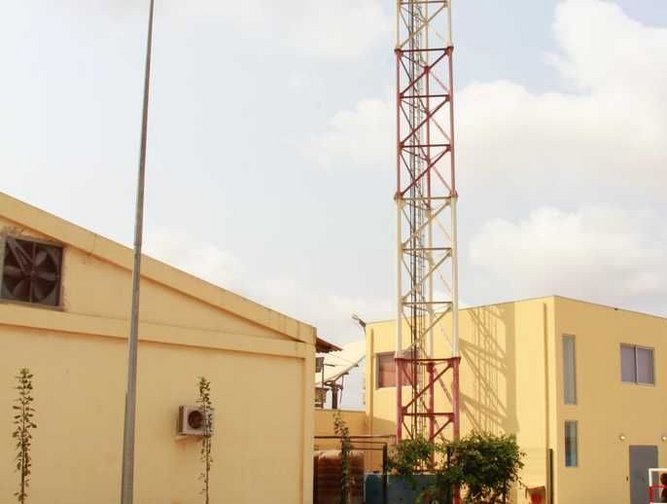 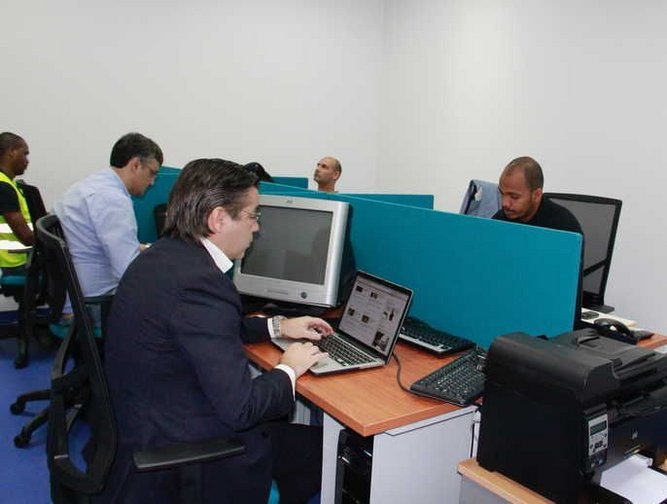