2022 Winter Olympics construction to be completed by October 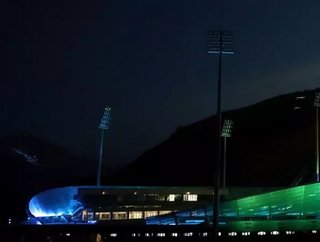 With the Olympics starting this week, it has been announced that construction of the facilities for the 2022 Winter Games will be completed by October

After a one-year delay due to the COVID-19 pandemic, the Olympic Games are set to take place in Tokyo later this week. The event will be held from Friday 23 July until Sunday 8 August, but due to the virus, no fans will be allowed into the stadiums.

The venues of the 2022 Beijing Winter Olympic Games

With this in mind, it has been announced that the construction of the facilities for the Winter Olympic Games will be complete by October. Located in Beijing, the structures include for the games include the Beijing National Stadium, where the opening and closing ceremonies will take place, the Beijing National Indoor Stadium, which will house ice hockey games, and the National Speed Skating Oval. Other venues are organised into “clusters” for events such as skiing and biathlon.

Currently, 53 of the 57 Winter Olympic projects in Beijing and nearby Yanqing have been finished, while the remaining four, including renovation of the National Stadium, known as the Bird's Nest and are due for completion in coming months.

The Beijing sites will host snow events, while Yanqing, a mountainous subdivision of the Beijing municipality, and Zhangjiakou in neighbouring Hebei province, will host ice events such as Alpine skiing and snowboarding. China announced in June that all 76 Winter Olympics projects in Zhangjiakou had been completed.

Due to COVID-19, for the Tokyo summer Olympics, which was originally due to take place last year, the venues were completed in 2020 with the aquatics centre, known officially as the Ariake Arena, being the last venue to be built in February.

The main stadium, which holds 68,000 people, was constructed from wood and steel and was the first of the venues to be built in November 2019. Thanks to a unique cooling system, the stadium was designed to keep its occupants cool in the heat of a Tokyo summer.