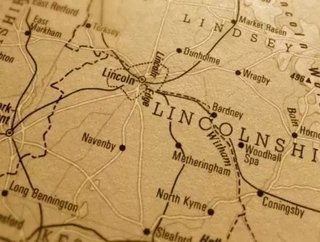 Four local businesses have been shortlisted in the 7.5km Lincoln Eastern Bypass bid which will link the A158 Wragby Road with the A15 Sleaford Road in a...

Four local businesses have been shortlisted in the 7.5km Lincoln Eastern Bypass bid which will link the A158 Wragby Road with the A15 Sleaford Road in a £96 million project. The project will run for two years, commencing at the end of 2016. The bypass will reduce congestion and improve the flow of traffic by diverting traffic from the city centre.

Hochtief UK and Carillion Construction have been selected through a tender process, alongside joint entries from John Sisk/Laga, and John Graham/Graham Farrans. Councillor Richard Davies, Lincolnshire County Council's executive member for highways and transport, said: "the eastern bypass will provide a fantastic boost for the local economy as it creates work for local construction and land-work companies.” Any local businesses interested in supporting the subcontracting work to be undertaken re to contact the four contracted businesses directly. The project is estimated to open up 30,000 jobs, with many businesses putting their bids forward.

The bypass has been a subject of conversation for residents in Lincoln for over 90 years. Lincoln MP Karl McCartney said: "After over 90 years of asking, I am delighted that this vital road link, benefitting the people and businesses of both the city and the whole county, will now finally become a reality.”

However, not all residents were happy with the project being undertaken, as residents from Fiskerton, Reepham and Cherry Willingham will have to find an alternate route to the city once the bypass is built. The Hawthorn Road Action group recently released a statement on its website: “Unfortunately Hawthorn Road will close in 2017. Needless to say after so much hard work we are very disappointed”, as Bunkers Hill will no longer be reached through Hawthorn Road as a result of the construction works.