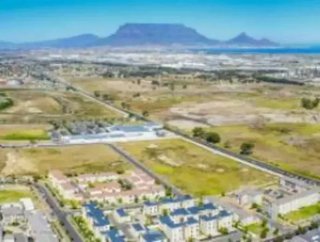 Leading South African property investor and developer Atterbury has broken new ground with the commencement of the internal works at Richmond Park for t...

Leading South African property investor and developer Atterbury has broken new ground with the commencement of the internal works at Richmond Park for the first of two property developments on the site of the biggest land restitution in the Western Cape.

One of the largest property developments in Cape Town, Richmond Park’s 300,000sqm of greenfields development rights are on an 84ha site that is part of the milestone land restitution settlement.

“We’re thrilled to announce the first two developments at Richmond Park will be for CTM and Cape Fruit Coolers. These deals have triggered the start of the internal services installation and allowed us to appoint Burger and Wallace as the contractor for this portion of the work in Richmond Park,” says Gerrit van den Berg, who heads Atterbury’s Western Cape operations.

“It has been an eight-year journey since winning the tender, and we are delighted that development at Richmond Park is entering its next phase and this vision is becoming a reality,” says van den Berg. “The project has enjoyed tremendous support at metropolitan and provincial level and, of course, from the CPA. Together we have worked tirelessly for this ambitious project to take shape.”

Cape Fruit Coolers’ site spans 3,5ha on which a 17,000sqm facility will be developed in phases, to expand its business. Richmond Park provides the ideal location for its additional facility, with easy four-lane road access from both the N7 and N1 highways, and the ability to accommodate the trucks essential for the operations of this service provider to the fruit exporting business.

CTM, the well-known tile, taps and bathroom brand, has acquired 9,500sqm of land at Richmond Park. Its new 5,000sqm retail and distribution centre keeps it close to customers with the benefit of superb visibility from its N7 highway frontage and excellent access.

The preparation of both sites began on 1 August for completion March 2017. The top structures are expected to be complete by November 2017 and May 2018 respectively.

The deals, which are among only a handful of sales opportunities at Richmond Park, are expected to be a catalyst for further development and have assisted the developers to achieve important hurdles.

“Now the ball is rolling, we expect Richmond Park to develop out rapidly. There are already a number of deals in the pipeline that we hope to announce soon,” reports van den Berg.

In the current economic climate, many businesses are focused on becoming more productive and seeking greater efficiencies from their offices, showrooms, warehouses and facilities. Richmond Park is perfectly timed to support this.

Richmond Park provides businesses with an iconic, superbly located, top-quality commercial park with retail, light industrial, offices, logistics and warehousing development. Plus, it is the dominant business site on the N7 highway with the best access.

Job creation is just one of the ways the Richmond Park community will benefit. Over the next five to 10 years, during its construction, Richmond Park’s development should create some 15,000 jobs.

Already, 120 people have graduated with new skills as part of The Richmond Park Treasury Trust skills development programme and more than 30 employment opportunities have been created so far.