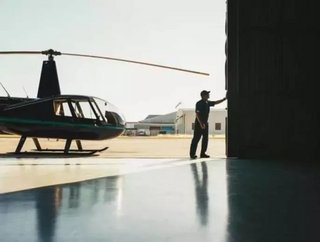 Balfour Beatty has succeeded in winning a &pound;82.5m contract with BAE Systems, the leading global defence company, to conduct the build of their new...

Balfour Beatty has succeeded in winning a £82.5m contract with BAE Systems, the leading global defence company, to conduct the build of their new training and engineering facilities on site at RAF Marham, Norfolk.

The infrastructure group will be constructing three new facilities at the RAF base in order to support the expected 2018 arrival of the first F-35 Lightning II aircraft in the UK; it was announced by the Secretary of State for Defence in March 2013 that RAF Marham would become the chief operating system for the new jets. The new development will include an Integrated Training Centre, Logistics Operations Centre, and a Maintenance and Finishing Facility, and construction will utilise digital tools including 4D modelling and BIM throughout.

At peak the project will employ 300 workers on site, and will build on Balfour Beatty’s prior experience of delivering complex developments for the UK Ministry of Defence on live bases. Previous collaborations with BAE Systems have included working with the UK Ministry of Defence’s Lightning Project Team, and according to the website, Dean Banks, Balfour Beatty MD of UK Construction Services, said:

“Our proven expertise in defence and aviation means that we have developed technically advanced delivery solutions that will help to ensure that RAF Marham’s operational capability is maintained throughout our construction activities on base”.