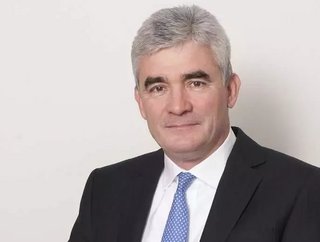 Davies, who was MD of Carillion's UK infrastructure before it went out of business in January, has taken over the major British railway project after Mark Cutler left the Balfour Beatty Group.

Balfour Beatty VINCI, a long established joint venture between two global infrastructure leaders in the delivery of critical infrastructure projects, was awarded Lot N1 and N2 for HS2, a contract double worth a combined £2.5bn.

Davies began his career with Henry Boot Engineering, spent 17 years at Birse Civils, and joined Alfred McAlpine in 2004. In 2008, following their acquisition by Carillion he assumed a number of business leadership roles culminating in his most recent role

"I am thrilled to be leading the Balfour Beatty VINCI joint venture team for HS2, to support the delivery of such an iconic major high speed rail project across the UK," he said in a statement.

HS2 will create around 25,000 jobs and 2,000 apprenticeships across the UK, as well as opportunities for supply chain partnerships and local enterprises. Once operational, the new high speed line will boost capacity on the existing rail network and improving journey times between London, the West Midlands and further north.