Beorma Quarter to complete in 2016 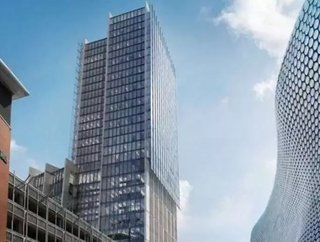 A &pound;200 million project to complete the Beorma Quarter project in Birmingham, UK, has been greenlit. Salhia Investments, a Middle Eastern property...

A £200 million project to complete the Beorma Quarter project in Birmingham, UK, has been greenlit. Salhia Investments, a Middle Eastern property group, is taking on the final phase of the project to build a 30-storey tower which will equate to 150,000 square feet of office space and 125 apartments. The structure overshadows other landmark buildings, such as the Selfridges building in the Bullring and St. Martin’s church.

Also included in the scheme is a 13-storey residential building for 69 flats, and a seven-storey office block, all based around a new public square named Orwell Place. Neil Rose, Birmingham-based Director for architect Broadway Malyan, told Construction Enquirer that location is key: “This scheme will be on the doorstep of the proposed HS2 station, and we believe it will not only provide a suitable backdrop for such an important gateway to the city, but will be a popular location for occupiers and residents who want easy access to the international rail hub.”

The development will be faced in sandstone, in an attempt to fit the buildings in with the local aesthetic, and as a nod to the city’s geology. The title of the project – Beorma – was also carefully chosen, as it is the name commonly thought of as belonging to Birmingham’s founder. This is a scheme which has been strategically planned in every sense, as Salhia has waited since BAM Construction completed the initial stages of work earlier this year to continue the project at precisely the right time for the company.