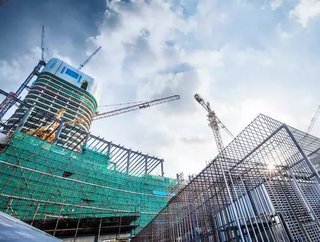 UK-based building, civil engineering and structural steelwork contractor Britcon has announced a turnover of £45 million for trading in 2017, represent...

UK-based building, civil engineering and structural steelwork contractor Britcon has announced a turnover of £45 million for trading in 2017, representing a 4.5% increase on 2016.

The figures are viewed as a consolidation of the near 30% growth in turnover seen between 2015 and 2016, which produced a 67% increase in net profits.

The business, which has been established nearly 30 years and directly employs 110 people, attributes much of its ongoing success to growth in the energy and renewables sectors.  This is supported strongly by the traditional markets of industrial and commercial construction, as well as infrastructure through Rail, Roads, Ports and Airports works.

Key projects for Britcon in 2017 include the completion of a £32 million anaerobic digestion plant in Dagenham London for ReFood and a £2 million Marine Control centre in Grimsby for ABP.  It has also delivered a new £4.2 million state of the art office Building for North Lincolnshire Council and Ongo Homes with a further £5 million extension and refurbishment to existing Council offices now commenced.

As well as energy and renewables and Infrastructure, Britcon continues to secure sizeable contracts across education, commercial, transport and industrial sectors, including Chemical manufacturing, Steelwork and Food where it maintains a reputation for considerable expertise.

Paul Clarkson, Managing Director at Britcon said: “We are pleased to report that Britcon continues to maintain steady growth in turnover despite the uncertain economic climate.  Into 2018 we continue to see increasing profitability in the business as we consolidate and invest further with deliberate focus on key growth areas including renewables, energy, and Infrastructure whilst maintaining our traditional markets.

“We have a healthy forward order book for 2018/19 and forecast an increase in turnover for 2018 at around 6% with further net profit growth.  We will continue our investment programme to support business growth as Britcon consolidates and benefits from a deeper knowledge of its repeat business markets.

“We have also made considerable improvements to operational systems and staff development and training over the last 3 years including a health and safety behavioural change programme, mental health awareness and extensive digital construction training around BIM.

“Growth of the team at our regional office in Wakefield has contributed significantly to contract successes and our structural steel division, Britcon Engineering Services, maintains steady trading with notable contract wins for BASF and its long-standing relationship with Network Rail through its programme of infrastructure investment.”