Carillion, the tip of the iceberg, but the good ship construction cannot change its course… 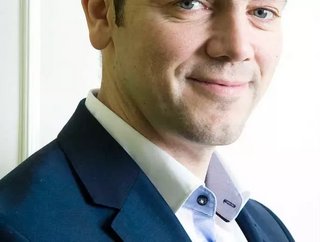 Carillion, the tip of the iceberg, but the good ship construction cannot change its course… by Ian Anfield, Hudson Contract managing director Figure...

Carillion, the tip of the iceberg, but the good ship construction cannot change its course…

Figures published last week highlight the fact that our major contractors are a spent force, and ultimately why they should no longer be allowed to dominate the industry and influence government policy around construction.

Disappointingly, even after the collapse of Carillion, major contractors continue to sweep up the vast majority of publicly funded projects. Local authorities are still falling over themselves to outsource, and despite nice words, small works packages continue to be bundled up into mammoth frameworks, locking out small and medium sized contractors who have the genuine ability to deliver.

Turning over £27bn between them, the country’s top ten contractors managed to return a loss of £189m; yes, a loss. On top of that, they are riddled with a debt pile of £3.8bn and no realistic prospect of paying it back any time soon. Their assets are worth less than their debt, they owe more to their suppliers than they are owed by their clients, and at any point – if a line were to be drawn in the sand – most of them by any normal measure would be declared insolvent.

The picture improves as you reduce turnover. The optimum turnover for a construction firm seems to be around £500m, yet historically this has not satisfied institutional share-holders, so firms in that bracket (unless privately owned) go through rapid expansion or are vulnerable to aggressive takeover. My previous employer, Alfred McAlpine returned healthy profits, boasted happy employees, valued customers and a full order book and yet were swallowed up by Carillion who had none of the above. And this was all because Carillion convinced the clueless stock market investors that the merger made perfect sense and that “synergy savings” would increase dividends to shareholders.

We now have the likes of Balfour Beatty saying they are putting margin above turnover, but do they really mean it, and will they stick to the plan when their share price starts to dip? Kier have increased their turnover and along with it doubled their debt and reduced their margin. It won’t be long before, like Carillion, Kier’s biggest profit centre will be the CITB grant and levy scheme. Interserve lost a staggering £244m, and Laing O Rourke, who would have followed Carillion by now if not privately owned, have done really well only losing £66m this year down from £245m last time out. MACE made £20m profit, but it will be interesting to see what they return next year as the fallout from delivering Tottenham’s new stadium 6 months late hits their accounts. And many of the household names will be caught up in the Crossrail bun fight as the client gets tough after acceleration costs failed to deliver the scheme on time.

The big boys, the fund managers who invest in them, and those who are paid to write about them like to overcomplicate matters hiding what is blatantly obvious behind overly complicated valuation mechanisms and jargon. And maybe that’s the nub of the problem, large construction projects used to generate positive cashflow but a low margin at final account. Back in those days when they were owned by those who needed cash, this suited just fine. However, it doesn’t now suit stock market algorithms which generate an insatiable hunger for growth. And regardless, modern contracts do not generate the same positive cashflow as they used to and FM contracts suck it up.

The cold, hard facts are that these firms are too big to manage; their multi-millionaire execs are captains of rudderless ships, they have diversified beyond their core markets, bought up failing competitors to sing to the stock market tune and it won’t be long before more of them are holed below the waterline.

Carillion is just the latest big name to disappear, the big names 20 years ago included Amec, McAlpine, John Laing, Birse, and Mowlem. The question I would like to ask is – how long does this carry on before the majors lose their influence and grip, and we can move on and reform?