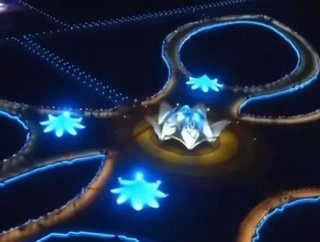 China continue to break current records within construction and infrastructural works, rivalling Dubais ambition to be the number one country for outlan...

China continue to break current records within construction and infrastructural works, rivalling Dubai’s ambition to be the number one country for outlandish and impressive buildings. However, it has been recently revealed that a Chinese consortium has won the contract to construct two new twin towers which will surpass the Petronas Towers in Kuala Lumpur by over 105m.

The twin towers will be constructed in Phnom Penh by Sino Great Wall International and Wuchang Shipbuilding Industry Group at a total cost of $2.7 billion in a new joint venture. Located along the Mekong River, the building will span 560 metres and incorporate 133 storeys within 1.6 million square metres.

Financed by the Thai Boon Roong Group and developer Sun Kian Ip Group, the mixed-use building will contain a hotel, residential space, shops, entertainment venues such as a theatre and social spaces, such as retail shops and restaurants, in addition to office spaces and underground parking space within the basement, all of which will support economic growth within the region.

China are becoming increasingly renowned not solely for their impressive buildings on land, but also their construction works placed at sea. To further drive tourism into the region, China has now become home to the longest floating walkway, spanning over 30 miles.

Officially opening on New Year’s Day in South-west China, the floating walkway is situated on the Hongshui River and is surrounded by over 20,000 entertainment props, such as a giant floating duck which has been secured at the bottom of the river and water slides, encouraging water sports within the area.

Rising and falling in line with the fluctuating water levels, it is hoped that the new structure will increase the number of tourists within the winter months, at which the walkway illuminates at night through the use of embedded lighting.