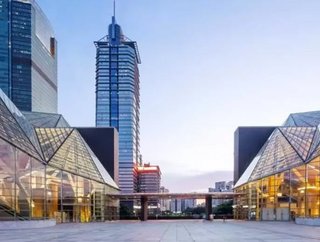 Located at Yeli Island in Zhuhai, China, the Zhuhai Opera House (known as the &lsquo;Birth of Venus Opera House, took eight years to complete at a total...

Located at Yeli Island in Zhuhai, China, the Zhuhai Opera House (known as the ‘Birth of Venus Opera House’, took eight years to complete at a total cost of $160 million, and will provide much needed tourism to the area.

Spanning heights of 90 metres, architect Chen Keshi was inspired by Sandro Botticelli’s 15th century painting The Birth of Venus, providing a stunning cultural icon into the city, beating over 30 international architectural firms in the construction. Keshi has also become the first Chinese architect to succeed in an international bid to build an opera house.

Built on reclaimed land opposite the seafront, the opera house incorporates two shells, one spanning 90 metres and the other 60 metres. The larger incorporates a performance hall seating over a thousand citizens, an auditorium, stage and lobby area, which will showcase large performances, both theatrical and musical.

The smaller shell encompasses a seated theatre for 500 visitors, but is ideal for corporate businesses and cultural events.

“It is of inestimable value to Zhuhai and It will become a symbol of the city, like the Sydney Opera House, attracting many tourists as well as lovers of opera. It will be there forever”, commented Keshi.

Constructed with approximately tonnes of steel and encompassing LED lighting, the opera shows can be projected live outside the main building. The design was inspired by the Asian moon scallop, at which the design can withstand all weather conditions, such as severe earthquakes and strong winds which would otherwise affect the build’s foundations.

Above the large main hall incorporates a restaurant, bar and area for fashion events, in addition to a sightseeing area.

This story was previously seen in The Global Construction Review