China’s One Belt One Road (OBOR) initiative heats up 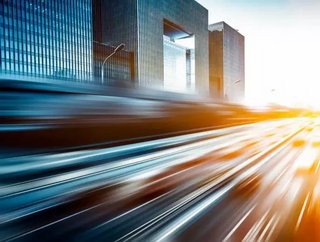 The construction, which will connect Asia, Europe, the Middle East and Africa is back at the forefront with the recent forum on the “One Belt, One Roa...

The construction, which will connect Asia, Europe, the Middle East and Africa is back at the forefront with the recent forum on the “One Belt, One Road” strategy Established in 2013 by President of China Xi Jinping, the One Belt One Road (OBOR) initiative has been the subject of discussion this month as a result of the recent forum, where leaders have looked at China’s ‘One Belt, One Road’ strategy. With funding predominately from China, the road would formally link Asia, the Middle East, Africa and Europe, building on current global and economic ties. Linking over 60 percent of the world, the route incorporates the Silk Road Economic Belt (SREB) and Maritime Silk Road (MSR), strengthening existing infrastructures, connectivity and long-term trade networks.

News surrounding the initiative has been heating up since the forum, with Pakistan keen on participating in the project through the China Pakistan Economic Corridor (CPEC). Approximately 60,000 Pakistanis have received employment opportunities as a result of the initiative, and have travelled to China to receive the essential skills required surrounding the impending construction work, according to The Financial Times. China has also placed significant investment in the country’s businesses, such as the Karot Hydropower Station, which is part of the country’s Silk Road Fund. Additionally, Saudi Arabia has also expressed enthusiasm over the project, with the notion of increased employment and business opportunities. The country is already undertaking a large number of infrastructure projects with China, supporting the country’s new focus on diversifying its economy and highlights a decreased focus on the oil sector.

It is hoped that the OBOR initiative will also boost investment opportunities and tourism within Africa and the Maldives. Tourism Minister for the Maldives Moosa Zameer recently informed the Global Times that the project will not only bolster tourism figures, “because of the initiative, there are many Chinese businesses coming in, mainly into tourism” and “because of the One Belt One Road, Maldivian investors are also aware the best option is to buy products and materials from China."

However, a number of countries have voiced their concerns surrounding the project for a number of reasons. Not only are there a number of different rules and regulations for trade, the EU has a complex trade policy, which is only set to become increasingly difficult as a result of the Brexit negotiations, to which the EU has yet to formulate how to navigate the OBOR initiative. Additionally, many believe this is an attempt by China to increase its global presence, although the country is doing its utmost to ensure it remains an initiative which is universal, with a number of countries worldwide able to participate. Nonetheless, the US and Australia have decided not to join the project, to which it will be interesting to see how plans for the initiative will be finalised.