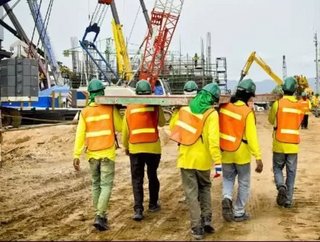 A new report has revealed that Directors and CEOs in the glazing industry are optimistic for the future despite uncertainty surrounding the economy foll...

A new report has revealed that Directors and CEOs in the glazing industry are optimistic for the future despite uncertainty surrounding the economy following Brexit.

The State of the Economy and Construction Market Report 2016 provides an insight into the current landscape of the construction market and highlights expectations for the future.

The majority of respondents said that the recent exit from the European Union had dampened expectations and created a higher level of uncertainty in the economy overall.

When quizzed on their expectations for the glazing industry in the short term, results were, again, less than encouraging. 31 percent said they expect the construction market to grow in 2016 against 38 percent who said growth will slow this year.

However, this negativity in the industry has been eclipsed by long-term optimism. When asked how confident they are in the growth of the industry in the next five years, more than half (52 percent) of respondents answered they were ‘very’ or ‘somewhat’ confident. 21 percent remain neutral and 27 percent felt ‘not very’ or ‘not at all’ confident.

In terms of which markets will drive growth, 52 percent of respondents predict that retrofitting/refurbishment projects will be the biggest growth market. This is a reaction to slowing growth in the residential market as a result of planning delays.

Respondents also had a positive outlook on their business’s performance going forward. 62 percent of those surveyed predict an increase in sales, compared to 34 percent who expect a decrease; with 52 percent forecasting an increase in profits and 38 percent expecting a decline.

Michele Wietscher, Commercial and Finance Director at Newview, said: “The results of the survey show that although there will inevitably be uncertainty in the economy following Brexit there is also optimism and a willingness to invest.

“The longer lasting impact of Brexit remains to be seen – and whether we will enter another recession – but ultimately like in any difficult economic period this robust industry will find a way to achieve growth and create employment.”