Construction underway for largest ever Travelodge 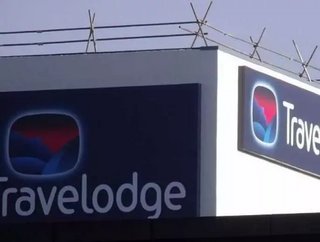 Finding low-cost, high quality places to stay in London can be a difficult process, especially in the summer months. However, Travelodge are set to expa...

Finding low-cost, high quality places to stay in London can be a difficult process, especially in the summer months. However, Travelodge are set to expand their operations further in the capital with a construction of a new Travelodge, which will be situated close to the Gherkin building on Middlesex Street.

Since the hotel giant opened four new premises in 2012 ahead of the Olympic Games, Travelodge has since created over 100 permanent roles, in addition to thousands already based in the capital. The new build will increase this number further and provide the necessary overnight amenities for tourists who wish to visit London and have somewhere to stay at a reasonable price.

Chief Executive Officer Peter Gowers said to The Telegraph, “Just one in five UK hotel rooms are in branded budget hotels, whereas it is one in three in the US. It’s only one in seven in London so clearly there is a lot further to go.”

Incorporating 395 hotel rooms, the new Travelodge hotel is set to open in 2018, but the chain is also looking at 250 other venues in which to expand their operations, with the majority based in London. All new builds will incorporate first-class technologies, such as Samsung TVs and multiple charger points to cater to a both corporate and consumer demand. All new builds will also have on-site dining facilities, bar and restaurants.

Gowers added: “The march of the low-cost hotel sector continues, fuelled by businesses looking to reduce travel costs and the new generation of independent leisure travellers. To meet the growing demand, we are adding further capacity in key cities and expanding to new markets.”