Construction will be underway at Orlando International Airport 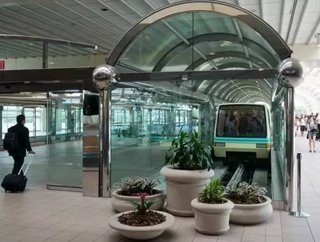 With an overall total of nearly 42 million annual passengers in 2016 alone, MCO is the second busiest airport in Florida and 14th busiest in the US. To...

With an overall total of nearly 42 million annual passengers in 2016 alone, MCO is the second busiest airport in Florida and 14th busiest in the US. To this effect, the airport added seven new routes throughout the US, Brazil and Canada, generating $31 billion in direct and indirect revenue for the regional economy, providing value and positive customer experiences through focus and design.

As the project to construct the South Terminal Complex advances toward the anticipated building phase, the design phase is nearly two-thirds complete. The design team of Fentress Architects, HNTB and Schenkel Shultz recently reached the 60 percent threshold, with only two design benchmarks remaining. Traditionally, construction projects set completion targets at 30, 60, 90 and 100 percent.

The STC design reinforces a campus vision by focusing on a unifying theme called “The Boulevard”. The Boulevard is a corridor that runs the length of the terminal and connects the major civic areas, including the ticket hall and concessions hub. Other innovative aspects of the STC include:

“We’re looking to create a new gateway for Orlando, one that captures the essence of Central Florida and enhances The Orlando Experience,” said Phil Brown, Executive Director of the Greater Orlando Aviation Authority. “The South Terminal is designed to be intuitive so the passenger is drawn from one element to the next, creating an exciting and memorable arrival into the city of Orlando.”

The first phase of the South Terminal Complex will feature 16 gates with a flexible configuration that will be able to accommodate narrow body, jumbo and super jumbo aircraft. Construction is set to begin in the first quarter of 2017 with projected completion in 2020. Additional details about the STC include:

For more than 30 years, the cornerstone of the Greater Orlando Aviation Authority’s (GOAA) development philosophy has been building in phases to meet demand. With passenger traffic continuing to reach record levels, currently at nearly 42 million annually, Orlando International Airport is engaging in multiple construction projects. Key elements of the Aviation Authority’s $3 billion Capital Improvement Plan (CIP) are in various stages of activity and when ultimately completed, will enhance operational efficiency, accommodate growth and expand accessibility.

The multi-year plan of major capital projects is based on expected annual passengers and is linked to GOAA’s strategic goals developed from the Authority’s Master Plan process.