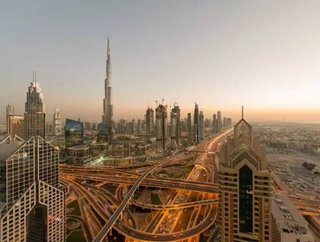 Dubai-based Damac Properties has awarded a contract for the construction of one of the Aykon City towers, valued at AED600mn (USD$163mn), to China State...

Dubai-based Damac Properties has awarded a contract for the construction of one of the Aykon City towers, valued at AED600mn (USD$163mn), to China State Construction Engineering Corporation (CSCEC).

Aykon City is the company's premiere luxury development overlooking the Dubai Canal, with the towers being one of its key features.

"This is a major contract towards the realisation of Aykon City, one of Damac Properties’ largest master developments in the heart of Dubai,"said Mohammed Tahaineh, Senior Vice President – Commercial, Damac Properties.

"CSCEC is one of the biggest contactors in the world and after careful consideration of various aspects, we agreed to the proposed partnership. The towers at Aykon City will be yet another iconic addition to this great city’s dynamic skyline, and we are accelerating its development by choosing the right partner for the job."

Damac estimates that the work to build the 53-floor residential tower will require 11,000 tons of steel and 94,682 metric cubes of concrete, with work set to commence on 1 March 2018.

This comes over two years after initial development of the 4mn square foot project, launched in February 2016.