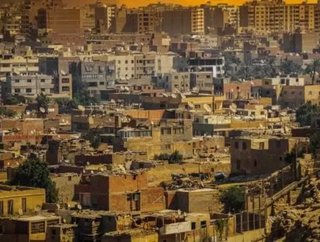 It has recently been announced that Chinese Fortune Land Development Company (CFLD) will be investing &pound;37 billion in the construction of a new cap...

It has recently been announced that Chinese Fortune Land Development Company (CFLD) will be investing £37 billion in the construction of a new capital city within Egypt in a seven-year megaproject.

The construction of this new smart city, which is reportedly to be the size of Singapore, will be built 28 miles away from the current capital and will reduce the level of congestion and overpopulation within the dense city, boosting the local economy, employment and increase the quality of life for local citizens within the region.

Announced by Egyptian Housing Minister Mostafa Madbouly in 2015, state-owned Arab Contractors are involved in the iconic Capital Cairo project alongside Egyptian construction company El-Mokawloon El-Arab, who have been responsible for the installation of new sewage lines and the development of infrastructure and road links, ultimately connecting the new city with the Suez Canal zone.

The new capital will become a smart city, incorporating sophisticated technologies which will ensure a multitude of long-term benefits, in addition to sustainable, green areas such as parks the size of New York’s Central Park for citizens to access and enjoy. It has been stated that “each community within the city will provide employment and living opportunities as well as a variety of shops, cafes, schools, religious establishments and public parks for residents, workers and visitors alike.” It is believed that over 20 districts will be formed within the project.

Government, corporate and technological spaces have also been accounted for in the plans to ensure sufficient business development is generated within the 700sq km space. The area will become the hotbed for administrative, legal, financial and foreign affairs within Egypt and be home to several skyscrapers, natural reserves, hotels, a new airport the size of Heathrow, theme parks and railway links.