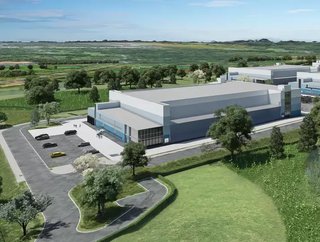 Plans for a €1.2 billion data centre campus in Ennis, Ireland, would create 1,200 construction jobs if the planning application is approved.

Construction of the Art Data Centre Campus will be phased over a six-year period starting late 2022 and has been designed by data centre specialists Colin Hyde of ARC:MC, and Robert Thorogood of HDRInc.

It has access to 200MW of power from both the network grid and gas generation on site. The proposed site, adjacent to Ennis, was zoned in 2019 for ‘Data Centres & Power Generating Infrastructure’.

Tom McNamara, Managing Director at Tom McNamara & Partners, said the data centre campus has been specifically identified as a transformational site by Clare County Council in its draft Ennis 2040 Economic & Spatial Plan and is in accordance with the Government’s role for data centres in Ireland’s Enterprise Strategy.

The Ennis Eirgrid Network Sub Station adjacent to the new Art Data Centre Campus will provide a high level of power supply-side diversity and resilience, with grid power being supplemented by a gas generator-based energy centre to generate additional power.

"With Eirgrid increasingly focused on data centres locating away from Dublin and the east coast to reduce pressure on existing grid infrastructure in those areas, projects like this can avail of underused grid capacity in other regions and tap into the growing number of renewable energy developments in the west and south of the country that offer clean sources of power," he said.

"Additionally, more dispersed data centre developments like this help diversify economic growth and job creation to regions outside of Dublin. Over many years, Ennis, as the largest town in Munster, has been striving to lay the foundations for inward investment and has been successfully building connectivity as part of becoming an 'Information Age Town' and because of its access to power, fibre and location close to Shannon International Airport, it is a natural home for this project.”

The plan outlines a vision that strengthens Ennis’s role as a key economic driver in the mid-west through expansion and diversification of its economy. Part of this are transformational sites that act as catalysts for economic growth, including this planned Ennis data centre, which can deliver competitive advantages to the town and surrounding region.”

Ireland has one of the best wind-energy resources in Europe, much generated along its west coast, providing a low-carbon energy source, which will be available to the Campus through the Eirgrid Network connection.

For the energy produced from gas on the Campus, Gas Networks Ireland have a clear intent to reduce their carbon footprint by gradually replacing natural gas with green hydrogen and biomethane over the coming years; the gas generation will be able to take advantage of this change and be integrated into the low-carbon goals of the project.

With the ESB’s recently announced Green Atlantic Moneypoint project considerably increasing the county’s clean-energy production, a further 200MW of onshore wind power in planning, and hydro generation from Ardnacrusha also feeding into the blend of power available in the region, the mid-west has increasing potential to become a major hub for renewable electricity.

The submission of the Art Data Centre planning application follows an online public consultation run by Tom McNamara & Partners – involving an Interactive Panel Room overviewing all the pertinent information on the project – that was set up to mitigate against the ongoing Covid-19 restrictions which precluded an in-person consultation.

Inward investment from the construction of data centres in Ireland will top €10 billion by 2022, according to a report from Host In Ireland in association with Bitpower.