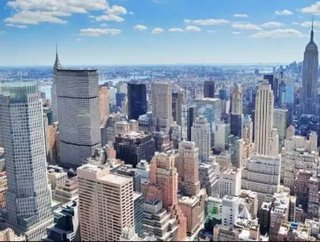 The tallest residential skyscraper is set to be built in New York in a &pound;2.3 billion partnership between Extell Development Company and SMI USA, th...

The tallest residential skyscraper is set to be built in New York in a £2.3 billion partnership between Extell Development Company and SMI USA, the US subsidiary of Shanghai Municipal Investment.

Named Central Park Tower, the build will be 1,550 feet high and will guarantee a spectacular view of the New York skyline.

Architects Adrian Smith and Gordon Gill Architecture, renowned for designing iconic buildings, such as the Burj Khalifa in Dubai and the Kingdom Tower in Saudi Arabia, will also be behind the new designs for the Central Park Tower.

Barnett commented, “We believe the superb location, views, design and quality of Central Park Tower will make it the most important residential building ever to be built in New York City and expect it to be a great success for Extell and SMI."

The build will also incorporate New York’s first Nordstrom store which will be set to open upon completion in 2019.