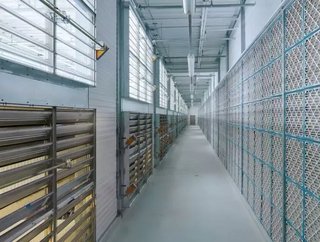 Facebook is to open its first Asian data centre in Singapore at an estimated cost of $1bn. The 11-storey site will be located in Tanjong Kling in the...

Facebook is to open its first Asian data centre in Singapore at an estimated cost of $1bn.

The 11-storey site will be located in Tanjong Kling in the western part of Singapore, an area formerly known as Data Centre Park. Google operates one of its major data centres, an $850mn site, closeby.

Its Singapore space will be spread over 170,000sqm and will be the first to feature the SlatePoint Liquid Cooling system Facebook has developed in conjunction with Nortek Air Solutions.

Facebook's new base will be its first in the region, with it having previously leased storage space for its operations in Asia. The social media giant operates 15 data centres worldwide in the United States, Ireland and Sweden, with construction also currently underway at a site in Denmark.

Expert insight: Data virtualisation – the business enabler of the future

Thomas Furlong, Facebook's vice president of infrastructure data centres, gave a press conference in Singapore to reveal the news. He promised that, during the construction phase, the project will generate "thousands" of jobs while "hundreds" of workers will be required to maintain the facility once it's up and running.

Singapore's Minister for Trade and Industry Chan Chun Sing described the news as a "significant milestone" for the region, indicating that Facebook's investment was indicative of Singapore's ability to "transcend" its historic constraints.

The data centre is expected to be operational by 2022 at a 30MW capacity, with the size and scope of the project set to significantly expand in the years thereafter.