Facebook’s new data center to be built in Papillion 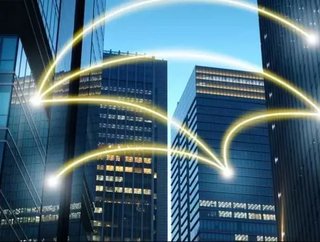 Spanning over 140 acres (970,000 square feet), Facebook is set to build its ninth data center, which will be one of the most sustainable ones yet. The c...

Spanning over 140 acres (970,000 square feet), Facebook is set to build its ninth data center, which will be one of the most sustainable ones yet. The company has data centers in North Carolina, Oregon, Forest City, Lulea, Altoona and Prineville, and are now building new data centers in New Mexico, Fort Worth, Texas, Los Lunas, Clonee, Odense, Ireland and Denmark.

“We’re building our ninth data center in Papillion, Neb. It will be powered by 100 percent clean and renewable energy and will create thousands of jobs in the community over the next few years.

To grow the market for the clean energy we need, we worked with the Omaha Public Power District to create a new renewable energy tariff that will now be available to all companies.”

“Advanced data centers like this are basically giant machines that make up the technical infrastructure for our community. It takes a lot of computing power to support our community, so we’re going to keep building new data centers around the world.”

Mayor David Black has said to Nebraska Radio Network: “There will be hundreds of construction jobs that will be created out of this that will have direct local impact.  Those are putting people to work.  Highway 50 and Highway 370 is really important now for manufacturing, industrial and headquarter industries.  That is jobs and industries critical to the entire state.”

Operating 24-7, all year round, the data center will be powered through wind farms which will generate sufficient energy, alongside the support of Omaha Public Power District.

Construction work will take around 18 months, so the company aim to move fast, with the aim to be online by 2020.