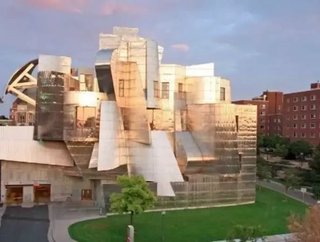 Canada is famous for its unique, impressive architecture which links with its strong economy and vibrant community. We take a look at some famous builds...

Canada is famous for its unique, impressive architecture which links with its strong economy and vibrant community. We take a look at some famous builds in Canada by Canadian architects which will influence future architects in their construction and designs.

Based in Toronto, the Eglinton West Subway Station, designed by architects Arthur Erickson and Clifford & Lawrie, was opened to reduce congestion and utilised as an interchange station and extension for existing routes. The mix of concrete and glass within the build permits a light and airy space.

Currently, a new line is being constructed by Metrolinx, as a result of the increased demand on transportation services.

Placed under the National Historic Sites within Canada, the Canadian Museum of Nature, situated within the Victoria Memorial Museum Building was designed by Canadian architect David Ewart at a cost of $1,250,000.

The castle museum displays a mixture of Gothic and Tudor features amongst its build, which has been depicted as Scottish Baronial, in addition to containing local plants within the museum.

Built by Canadian architect Douglas Cardinal, the Canadian Museum of History was one of the first builds in the region to utilise computers in its unique design.

The museum has a rich history which dates back to 1856. Situated near the Ottawa River, the museum focuses on the history of its Canadian citizens, incorporating three main sections: the Grand Hall, First Peoples Hall and Canada Hall amongst two wings.

The museum has recently been awarded a Gold Quill Award from the International Association of Business Communicators (IABC) for its souvenir exhibitions, making it a popular tourist destination due to its unique design and appeal.

Situated in old Montreal, the Pointe-à-Callière Museum has been added to the National Historic Sites of Canada.

Since its opening, over 4 million people have visited the prestigious build, incorporating a variety of archaeological finds and exhibits.

Responsible for constructing a new wing within the building, Canadian architect Dan Hanganu has supported and understood the importance of the building within Canada, which has won around 80 awards within the region.

Renowned as one of the most iconic architects throughout the world, Frank Gehry completed the Weisman Art Museum.

Situated at the University of Minnesota, the building showcases a predominate use of steel in its construction, alongside the use of brick and sandstone, showcasing unique designs from all angles.