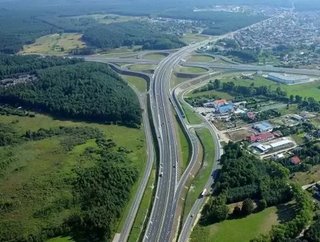 Ferrovial Agroman subsidiary Budimex is to perform work on a 41-km stretch of the A4 Motorway, in south-east Poland, for 585 million zlotys, (&euro;140...

Ferrovial Agroman subsidiary Budimex is to perform work on a 41-km stretch of the A4 Motorway, in south-east Poland, for 585 million zlotys, (€140 million).

Budimex will also expand Ferrero’s food production plant in Belsk and build an IKEA store in Bydgoszcz. The two contracts are worth a combined 189 million zlotys, (about €45 million).

Budimex, in consortium with Austrian company Strabag, is to undertake a range of projects on a 41-km stretch of the A4 Expressway, between Rzeszów and Jarosław, in south-east Poland. The project has a budget of 584.9 million zlotys (€139.36 million) and will take 14 months, excluding the winter period. Once it is completed, the A4 will cross southern Poland, connecting the frontiers with Germany and Ukraine.

Ferrovial said the award underscored Budimex’s leading role in upgrading Poland’s road network, with the company having recently been awarded the contract to build a section of Expressway S5, between Wrocław and Korzensko, and a section of the A4 Motorway, between the Krzyż and Debia Pustina junctions.

In the industrial construction area, Budimex recently signed two contracts with Ferrero Polska to expand the food company’s plant in Belsk. Budimex will build a new factory and office building, a new warehouse and a loading dock, as well as the necessary conveyor systems and other equipment. The project, worth 153.7 million zlotys (€36.6 million), is expected to be completed in August 2015.

Budimex has also been selected by IKEA to build a store in Bydgoszcz for 34.6 million zlotys (over €8 million).