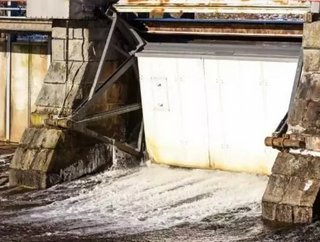 In the wake of parting ways with China Harbour Engineering Company (CHEC), Tidal Lagoon Power (TLP) is reopening the £300 million marine works project. It is understood that the two companies have parted as a result of CHEC’s lack of value for money, with TLP stating that CHEC’s designs incorporated “limited workability” in the construction of six miles of lagoon wall.

The project will be a pilot to ascertain whether the project will operate for larger scale tidal energy lagoons, although larger sites would incorporate 1,800MW and 2,800MW in comparison to the works in Swansea Bay which would contain 320 MW capacity.

A spokesperson for Tidal Lagoon Swansea Bay Plc (TLSB) told The Construction Index: “We have now taken the decision to retender the Marine Works Package in line with the requirement to deliver optimal value-for-money to investors and to consumers. The Marine Works Package comprises the construction of the lagoon’s breakwaters and the temporary cofferdam in which the powerhouse structure will be built”.

It has been revealed that Construction Director Andrew McNaughton has also departed from his role in the project and will be succeeded by current Project Delivery Director Mike Unsworth. However, due to his extensive experience, McNaughton will maintain an advisory role throughout the duration of the ongoing financial Government review of the project.

Laing O’Rourke is responsible for the construction of the lagoon’s turbine house and sluice structure block in a £200 million deal, alongside Alun Griffiths, the current contractor that will provide civil engineering works at a cost of £10 million.