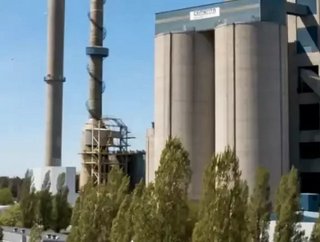 The Slite plant of HeidelbergCement’s subsidiary Cementa will be scaled to capture up to 1.8 million tonnes of CO2 annually

HeidelbergCement claims its upgraded plant on the Swedish island of Gotland will be the world’s first carbon-neutral cement plant.

The installation at the Slite plant of HeidelbergCement’s subsidiary Cementa will be scaled to capture up to 1.8 million tonnes of CO2 annually, which corresponds to the plant’s total emissions. Additionally, the use of biobased fuels in the cement production at Slite will be increased in line with the group’s commitment to significantly raise the share of biomass in the fuel mix. The full-scale capturing of the plant’s CO2 emissions is targeted by 2030.

“HeidelbergCement will be the leader in the global cement industry on its transformation path towards climate neutrality,” said Dr. Dominik von Achten, Chairman of the Managing Board of HeidelbergCement.

“Key for decarbonising our industry is to find, apply and scale technical solutions for carbon capture and utilisation or storage. After having gained valuable experience with CCU/S technologies in Norway and other countries, we are now excited to make the next step with a completely carbon-neutral cement plant in Sweden. This will be a game changer for our industry.”

The breakthrough project supports Sweden’s ambitious carbon emission reduction goals. The carbon capture facility will be built next to the existing plant in Slite, where three quarters of the cement used for concrete production in Sweden are currently produced.

The authorisation processes and the construction period are estimated to take just under ten years. A feasibility study, which has already been launched, will address critical issues related to technology selection, environmental impact, legal issues, financing, logistics, and energy supply. The captured CO2 will be safely transported to a permanent storage site offshore several kilometres down in bedrock.

HeidelbergCement is currently building the world’s first full-scale installation for carbon capture at the Brevik cement plant in Norway, capturing 400,000 tonnes annually or 50% of the plant’s emissions from 2024 onwards. “Based on the positive collaboration with the Norwegian government and other partners at our site in Brevik, we have now chosen to significantly ramp up our ambitions for a carbon capture installation in Sweden that is four times larger,” said Giv Brantenberg, General Manager of HeidelbergCement Northern Europe.

HeidelbergCement, one of the world’s largest integrated manufacturers of building materials and solutions, with leading positions in aggregates, cement, and ready-mixed concrete, employs around 53,000 employees at more than 3,000 locations.

Cement accounts for around 8% of global CO2 emissions, according to Chatham House, and each year around 4 billion tons are produced. To bring the cement sector in line with the Paris Agreement on climate change, its annual emissions will need to fall by at least 16 per cent by 2030.

The industry faces three options for reducing emissions: the energy efficiency of cement plants can be increased; fossil fuels can be replaced with alternatives; and CO2 emitted can be captured and stored.

“There’s no question the cement and concrete sector is a massive contributor to global carbon emissions and one of the hardest to abate,” said Carmichael Roberts of Breakthrough Energy Ventures. “That’s why we’re excited about the work Ecocem has been doing in Europe, and its continued focus, working with the existing cement industry to deploy new technologies and accelerate the adoption of ultra-low carbon cements. This type of cross industry collaboration is needed to drive real change.”