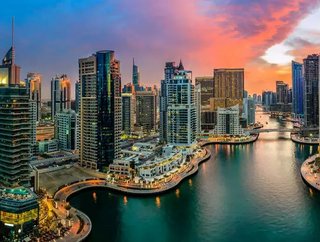 A global leader in managing construction risk has been awarded a huge contract, to region of $7.6 million, for a major construction project in Dubai. H...

A global leader in managing construction risk has been awarded a huge contract, to region of $7.6 million, for a major construction project in Dubai.

Hill International, announced this week that it has received a contract from Emaar Properties PJSC to provide program management services in connection with the Dubai Creek Harbour Development in Dubai, United Arab Emirates.

The contract, which is an initial one-year contract, has an estimated value of approximately AED 27.8 million ($7.6 million).

The Dubai Creek Harbour Development will feature 113 million square feet of gross floor area which includes residential developments, services apartments, villas, branded hotels and lifestyle retail district.  The development is comprised of nine districts with a 30-year phased build-out.  Emaar estimates building 2,000 units per year over the first five years.  Key structures will include a tower that will exceed the height of Burj Khalifa, a mega retail district, a sanctuary development with exclusive villas and a canal district.

This is not the company’s first venture into the Middle East. Hill International’s portfolio contains Dubai Parks & Resorts, the first integrated theme park in the region.

In September, 2014 Hill International announced it had been awarded a contract from Dubai Parks and Resorts to provide show and ride construction management consultancy services for the project. The two-year contract was valued at about US$51 million.

It contained a total of 46 rides for which Hill provided its services. The company also picked up all works related to construction management and project controls, he said. “To start with, Hill pulled together a team of 40 industry experts with global experience, including some who have worked in Universal Studios. For the construction management contract, Hill also took on board personnel that have worked in leading theme parks elsewhere in the world,” Matthew Priddy, chief technical officer with Dubai Parks and Resorts.