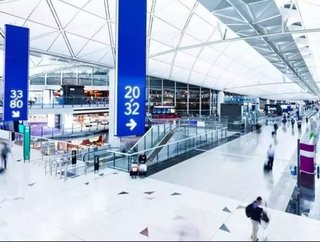 Aconex Limited has announced that the Airport Authority Hong Kong (AAHK) has selected the Aconex platform for the design and construction of the 10-year...

Aconex Limited has announced that the Airport Authority Hong Kong (AAHK) has selected the Aconex platform for the design and construction of the 10-year Three Runway System (3RS) project at Hong Kong International Airport (HKIA).

The new 3RS project, valued at HK$141.5 billion is part of the HKIA Master Plan 2030 published by the AAHK in 2011 and is intended to balance economic development with environmental conservation and sustainability. Aconex was awarded the 3RS project in an open tender process.

The AAHK will use Aconex as a ‘project communication system’ to connect the entire project team on a single collaboration platform for managing information and processes through all phases of the project lifecycle.

The scope of the 3RS project approaches the design and construction of a new airport:

On completion of the 3RS project, HKIA will be able to serve 30 million more passengers annually, as forecasted in the HKIA Master Plan 2030. As a point of comparison, the airport had served 68.5 million passengers and handled 4.38 million tonnes of cargo and 406,000 air traffic movements in 2015. The master plan accommodates further expansion of the passenger building facilities in the future, as needed.

“The 3RS project is a strategic addition to our portfolio of large airport projects around the world,” said Andy Lake, general manager of Asia at Aconex. “We appreciate the opportunity to support the AAHK and its project team on an environmentally sustainable infrastructure development that will have significant positive impact on the economic and business environment of Hong Kong.”