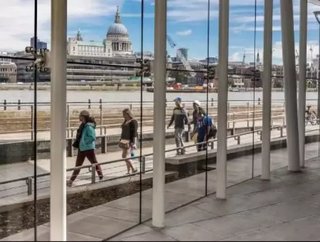 International infrastructure giant Balfour Beatty has recently been awarded the &pound;35 million contract to deliver the first phase of the Perth Trans...

International infrastructure giant Balfour Beatty has recently been awarded the £35 million contract to deliver the first phase of the Perth Transport Futures Project in Scotland, strengthening infrastructures in order to reduce congestion and support economic growth within the region.

From famous builds such as the Olympic Stadium transformation and Heathrow Airport Terminal 2, we look at some the most iconic and diverse projects the company has undertaken as they go from strength to strength.

Situated within central London, Blackfriars Station was rebuilt to accommodate one of the busiest rail routes, Thameslink, which runs through two airports, nine underground stations and also runs from Bedford to Brighton.

By replacing the old station with a more secure structure fit for purpose, widening and strengthening of the bridge and altering of the tracks, passengers now have increased access and has relieved some of the increasing pressures within London’s transport system.

Awarded “Platinum” within the Singapore Government’s environmental performance scheme, the Institute of Technical Education accommodates over 15,000 students and 630 staff.

Balfour Beatty Investments and Gammon Capital completed the construction using the PPP model developed in the UK, which is expected to last nearly 30 years, incorporating the largest tensile fabric roof in the world at 3,300 square metres.

Balfour Beatty has provided several infrastructure works within Hong Kong, from building commercial and residential developments, to strengthening transport routes, whether by road, rail or air.

Winning an award from the Hong Kong Green Building Awards in 2012, the build produces more energy than traditional builds. 225MWh of electricity is broken down into 30 percent created from solar panels, alongside the remaining 70 percent which is created from biodiesel. BIM technology was also incorporated to reduce waste.

Situated 23km off the Suffolk coast, the project won Silver in the Best Waste/Energy/Water Project’ category in the 2014 Partnerships Awards

This project is the largest contract to be secured by Balfour Beatty within America, which will see the construction of 52 miles of overhead power lines as part of the Caltrain Peninsula Corridor Electrification Project. The project will run from San Francisco to San Jose in order to prepare for future high speed trains which will run on the line, providing an efficient service.

The project is set to commence in the Autumn, with expected completion date to be at the beginning of 2020.