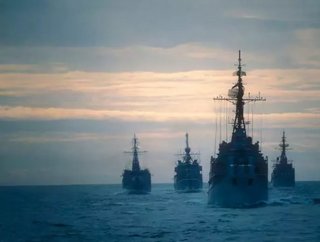 The MMSC is built on a combination of proven capabilities within Lockheed’s existing Littoral Combat Ship and its Freedom-variant hull. The ships will have a 5,000-nautical mile range with the ability to reach speeds of 30 knots.

“The MMSC takes the proven capabilities of the U.S. Littoral Combat Ship and the inherent flexibility of the Freedom-variant hull to meet the unique maritime requirements of international navies,” says Lockheed, describing the MMSC.

The news of the contract comes in the same week as Lockheed Martin’s Chairman, President and CEO Marillyn Hewson sharing an update on the company’s wider performance during its annual media day event.

“Our corporation is uniquely positioned to help our customers build a bridge to the future – a bridge that facilitates a strong national defense, greater international cooperation between nations, and the shared development of technologies that can change the world for the better,” said Hewson.

The ships will be built for and sold to the Kingdom of Saudi Arabia, a country that has been working closely with Lockheed, driving this performance.

“Another key driver of our performance is our ongoing expansion of international sales,” Hewson continued. “One of the most important examples of this potential is our central role in the security cooperation agreements signed between the United States and the Kingdom of Saudi Arabia last May.”

“The historic agreements opened up the potential for the sale of $28 billion of Lockheed Martin technologies over the next decade. Saudi Arabia has expressed its intent to procure integrated air and missile defense systems, combat ships, helicopters, surveillance systems, and tactical aircraft in the coming years.”