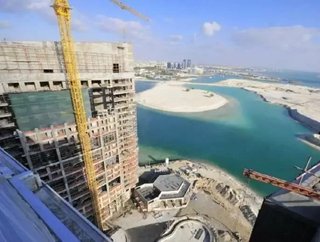 Accelerating construction activity will be a key driver of growth for UAEs market in 2014, with major megaprojects and rising social infrastructure spen...

Accelerating construction activity will be a key driver of growth for UAE’s market in 2014, with major megaprojects and rising social infrastructure spend returning the sector to near full-capacity, according to a study by consultant EC Harris.

The company's 2014 International Focus on the UAE report valued the volume of announced and planned projects in the UAE in 2014 at US$315 billion, and as of May 2014, US$212 billion worth of construction projects are currently ongoing.

The report revealed that the UAE’s construction sector remains dominated by the emirate of Abu Dhabi and Dubai, with both cities the country’s key growth drivers.

Whilst Dubai’s real estate market is looking stronger and more sustainable, Abu Dhabi’s market has remained stable through the first half of 2014. However, a growing pipeline of projects in the capital may increase construction spend there in the latter half of 2014 and early 2015.

The Sharjah emirate is progressing in size as an influx of individuals from the Arab Spring further populates the city, which Harris says could boost social infrastructure and infrastructure spend. The Northern Emirates remain a resort gateway, mainly Dubai and Abu Dhabi population, and demand looks likely to continue increasing in the hospitality sector for the emirate.

Last year saw a rise in infrastructure and tourism, specifically due to the expansion of airports, ports and roadways, while 2014 will see preparations for Expo2020 fuel further demand in real estate and infrastructure.

Meanwhile, the UAE’s rapid growth, urbanisation and young population will continue to fuel demand across the leisure, infrastructure, real estate and utilities sectors.

However, with GCC markets including Qatar and Saudi undergoing similar diversification and investment programs, UAE is placed under further pressure as it is in close competition with its neighbouring economies.

The report concluded that despite the “tepid” performance of the sector in 2013, the UAE construction sector is now on track to see significant growth in 2014 and beyond.