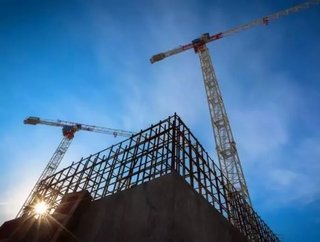 Global management consultant Booz &amp; Company, (recently rebranded as Strategy&amp;), is celebrating its 100th anniversary this year, and over a centu...

Global management consultant Booz & Company, (recently rebranded as Strategy&), is celebrating its 100th anniversary this year, and over a century of working with huge clients in several sectors, has gathered the knowledge to identify what it terms a $40 trillion opportunity for savings in construction megaprojects over the next 20 years as clients combat a 30 percent average figure of overrun in schedule and cost.

Booz and Co uses a set of 27 critical capabilities that it believes are part of the effective execution of megaprojects and works with clients from oil and gas giants to governments on understanding which of them they need to be best in class at or where this is not necessary or cost-effective.

Christopher Dann, a Partner in Booz & Company’s Energy, Chemicals and Utilities practice, has consulted with CEOs and senior executives on corporate and business unit strategies and risk management for more than 15 years.

He said: “The $40 trillion is across all sectors globally, so that is from oil and gas, utilities, transportation, all forms of infrastructure, and it is quite evenly through both the developing world and the developed world.”

The company defines a megaproject as a large, complex programme, including anything over $1 billion and also encompassing a particular level of complexity, such as nuclear power station refurbishment.

Furthermore, these are issues affecting all sectors and geographies, including clients accustomed to executing large-scale projects. Somewhat alarmingly, the 30 percent figure is a median average, with mean values coming in significantly higher, sometimes up to 200 or even 300 percent according to Dann.

So what are the reasons for the pervasive problem of inefficiencies in megaprojects?

Dann recognised several, the first of which comes at the planning stage. He said: “One is inefficient advance planning and analysis prior to the start of construction. We work with clients on using things like probabilistic simulations of cost and schedule. The use of probabilistic scheduling tools which are increasingly used, but they have taken some time to be fully implemented.

Dann continued: “Third is the lack of a unified construction consortia between the owner and the constructor, and in many cases it’s the subcontractors.”

He gave the example of Heathrow Terminal Five as a successfully executed project in this regard, in that it effectively built an aligned owner-constructor team around the execution of that project.

Booz and Co works with its high-profile clients to counter these inefficiencies, and with the financial scale of megaprojects, there are massive rewards and savings available when following a clear strategy.

The company is involved throughout the lifecycle of a construction project, usually brought in at the front end, prior to the start of construction. At this stage it will support advance planning and analysis, including developing probabilistic simulations of cost and schedule on the project.

Clients also seek Booz and Co’s advice on improving governance and project controls, with view to streamlining decision making, project controls and risk management processes on projects. During execution planning, the execution can be optimised from a cost and schedule standpoint and the sequencing of activities or improving the efficient design of processes and activities.

Dann singled out procurement as a phase with potential for substantial savings. He said: “Obviously a very large part of these projects is procurement spend, so optimising this is one of the more important levers you can pull. It often doesn’t have much impact on schedule but certainly can have a great impact on cost.”

“We see for some clients, 50 or 60 percent reductions in cost from project to project within an overarching programme. A typical example of this is floating offshore platforms in the oil and gas industry, where you see an enormous amount of lessons learned.”

Finally, standardisation and modularisation offer savings opportunities. Booz has determined that offsite construction can reap tremendous gains in both cost and schedule.

Involved in several nuclear power builds and refurbishments, Dann gave the example of the advantages of such methods from company’s work with the US Nuclear Navy and General Dynamics.

“Another example is for a solar power plant developer working at pulling all the levers I just mentioned in terms of massive standardisation, modularisation, improvements in cost and schedule and incidentally in procurement to get 30 to 50 percent cost reductions on a per-kilowatt or per-plant basis.”

Of course, the larger the scale of the project, the greater the opportunity for inefficiency, but with the correct approach and available expertise, these projects also represent a massive opportunity to set a standard and deliver huge financial savings.