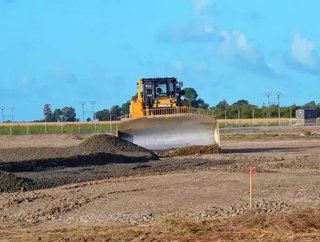 Microsoft is building a billion-dollar data centre precinct powered only by renewable energy in Staffanstorp, Sweden. It is the third such land investm...

Microsoft is building a billion-dollar data centre precinct powered only by renewable energy in Staffanstorp, Sweden.

It is the third such land investment Microsoft has made in the Scandinavian country following similar purchases in Gävle and Sandviken.

"Microsoft's multi-billion investment will be the largest in the municipality's history,” Christian Sonesson, chairman of Staffanstorp municipal council, said in a press statement.

Preparatory ground work has begun at the location chosen for its proximity to the industrial cities Malmö and Lundh.

Back in May, Microsoft announced a deal with Vattenfall to ensure all electricity that powers its Swedish data centres comes from renewable sources. Microsoft has pledged that 60% of all its data centres will run on renewable energy by 2020, increasing to 70% by 2023.

Microsoft President Brad Smith commented: “The magnitude and speed of the world’s environmental changes have made it increasingly clear that we must do more. And we are taking new steps to do just that.”

Microsoft has purchased more than 140 hectares of land in Gävle and Sandviken and Staffanstorp to build its Swedish data centres. The company is also planning data centres in Norway and Switzerland to add to its European presence in Austria, Germany, France, Holland, UK and Ireland.