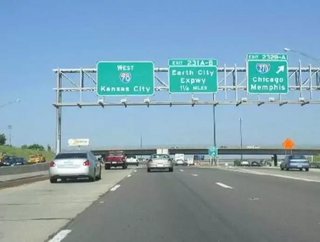 The Missouri Highways and Transportation Commission has approved a list of more than 800 transport projects representing an investment in the state&#39...

The Missouri Highways and Transportation Commission has approved a list of more than 800 transport projects representing an investment in the state's transportation future worth $4.8bn.
If state residents vote on August 5 to approve a ten-year ¾ of a cent rise in Missouri's sales tax, their tax dollars will fund these much-needed transportation investments state-wide.

The list, which gives them a clear overview of where their money would go, includes work focusing mainly on the state’s roads and bridges, with 330 new or renovated bridges and 3,255 miles of road resurfacing. Other modes of transportation are also included.

The single largest project on the list is the reconstruction and widening of 200 miles of Interstate 70 between St. Louis and Kansas City, a project which would cost $1.5 billion, $500 million of which would be paid for by sales tax revenue.

Commission Chair Stephen Miller said: "This list is the culmination of years of work, with collaboration from local transportation planners as well as input from thousands of citizens from across the state. It represents a substantial investment in Missouri's transportation infrastructure - but also means safer roads, more jobs, and a better economy."
Missouri Department of Transportation (MoDOT) Director Dave Nichols added: "One of the most impressive things about this list is the expanse of work it covers and the real, tangible value you can see for your money. It includes resurfacing thousands of miles of roads, improving ports, railroads and airports, and even provides additional OATS service throughout rural regions of the state."
The complete list of transportation improvements and additional information about the amendment are available at www.modot.org/movingforward.