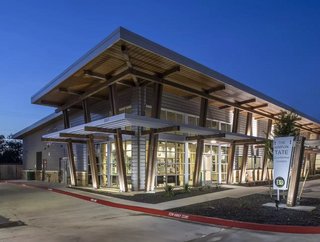 The building features offices, meeting spaces, a distinguished and adaptable board room with the latest built-in accessibility features, and lobby space highlighting BTD's local history. The façade consists of modern metal paneling and glued laminated (glulam) timber beams, which are efficient to produce and are highly durable.

Yesterday Michael Baker International, which specialises in engineering, planning and consulting services, announced that Jason Sipes - formerly Senior Project Director at Atkins - has joined the firm as Office Executive – Dallas. In this role, he will lead a multidisciplinary team in executing client projects and expanding the firm's business with new clients, markets and capabilities in Dallas, as well as across North Texas and the Southern Region.

Jacobs has been awarded the architecture and engineering phase one design contract by Axiom Space for the Assembly, Integration and Testing facility planned for the 400-acre Houston Spaceport in the heart of Space City at Ellington Airport. This new 100,000 sq ft facility will support Axiom Space's mission to provide access to low Earth orbit and assemble the first commercial international space station.

Saulsbury Industries, a national, full-service EPC company, has been awarded construction contracts for the installation of a new cryogenic gas processing facility in the Permian Basin with a major oil and gas producer. This facility, designed with a base-rated capacity of 200 MMSCFD, will be the firm's 63rd cryogenic processing facility over the last 15 years, totaling over 11 BCFD of processing capacity. The company has also been selected to execute a major terminal expansion for the same client at a different location.