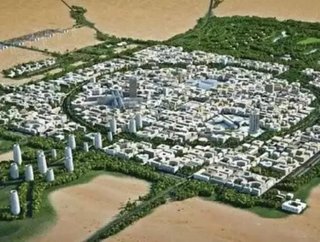 A new $30 billion Italian Renaisance-style smart city is being planned for the UAE, with itsdevelopers claiming at a press conference this week to be ho...

A new $30 billion Italian Renaisance-style smart city is being planned for the UAE, with its developers claiming at a press conference this week to be hopeful it will come to fruition, with a significant amount of equity already in place to finance the plans.

Sirei, a group of Italian architects and builders, propose a 2000 hectare-plus city with housing for between 30,000 and 40,000 people, including villas, golf courses, a business district, shopping centre, Italian gardens and a Mosque, with the intention of blending Italian and Islamic cultures.

The unapproved project has already cost more than US$270,000 to design, and Sirei is said to be in discussions with the US investor Pramerica for funding to build the project. Another unresolved issue is finding an appropriate site.

Sirei is in talks with Abu Dhabi property developers to find a suitable area, but would ideally like to see the city developed in Dubai, in conjunction with the Expo 2020, creating a possible bridge with the Milan Expo 2015, where Dubai’s event will be launched.

Sirei President Massimo Mazzi was quoted as saying the city would be focused on “Italian excellences,” including art, culture, food and fashion, and that the location would be influenced by two key drivers.

“One will be the vicinity to the sea or other environmental features that will allow us to keep the sustainability of the project, because that’s something that we do not want to waive. If you want a project that looks at the future, it cannot waive the sustainable part,” he told Arabian Business.

“Secondly is the market, because at the end we want this city full of people, living there and spending their lives, so we must make sure that it is a success on the commercial front as well.”

Sirei will bring the project to potential investors in the UAE during September this year.