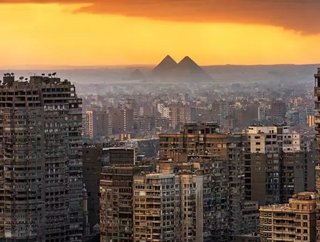 Egyptian contractor Orascom Construction has recorded a 113.5% increase in net profit in the second quarter of 2018. Net income attributable to shareho...

Egyptian contractor Orascom Construction has recorded a 113.5% increase in net profit in the second quarter of 2018.

Net income attributable to shareholders rose to $50.6 million in the three months to June 30, and revenue stood at $2 billion – up from $947m a year earlier. The company cited newcontracts and progress on existing schemes as primary drivers behind this profit boost.

Osama Bishai, the Orascom chief executive said: “Our second-quarter results demonstrate our steady progress throughout the year as we generated a healthy bottom line while achieving operational milestones and maintaining our backlog. The company paid a dividend of $30m to shareholders in July.

Growth was driven by strong performance in key markets including Egypt, where the company is diversified “across all major construction segments and continues to be an integral player in the development of the country’s infrastructure and new cities.”

In Egypt, we are diversified across all major construction segments and continue to be an integral player in the development of the country’s infrastructure and new cities. We also maintain our leadership in water-related projects and have been progressing in both execution and business development as we see several projects the pipeline. We recently completed a 150,000 m3/day water desalination plant ahead of schedule and are executing a second facility of the same size.

Work has also started on Abu Rawash Wastewater Treatment Plant. Building on our leadership in the energy sector, we are pleased to report excellent progress on our investment in the 250 MW build-own-operate (BOO) wind farm in Egypt. Construction is well ahead of schedule with commissioning still on target for the second half of 2019. Complementing this effort, we are working with the Ministry of Electricity and our partners to develop another 500 MW BOO wind farm.

Our U.S. business witnessed an improvement in new awards during the quarter, led by the new Sky Train project at Phoenix International Airport. More importantly, Q2 2018 marked mechanical completion and the start of production at Natgasoline, the largest methanol production facility in U.S. These milestones further strengthened the Group’s industrial track record encompassing petrochemicals, fertilisers and cement projects across 11 countries around the world. In addition, we continue with our current optimisation and integration efforts in the US, which we expect to start paying back by year-end and in 2019.

We also remain focused on the core U.S. commercial business as well as international projects in the Middle East that capitalise on Orascom Construction’s expertise in the region. Lastly, BESIX continues to deliver solid performance and contribute its fair share of results. It is also worth noting that BESIX distributed a dividend in June, of which we received EUR 27.5 million for our 50% stake.”

The company has also recently joined forces with ACCIONA Producciones y Diseño (APD), the service operator subsidiary of the Spanish conglomerate ACCIONA, which has been selected to develop exhibition halls for the Grand Egyptian Museum.

APD was appointed the role by Egypt’s Ministry of Culture and a joint venture comprising of the Belgian and Egyptian construction firms, BESIX and Orascom. The €11mn ($12.8mn) project will see the development of four halls for the museum, located in the nation’s capital city, Cairo.