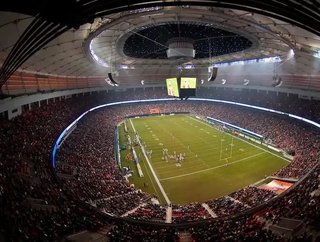 The US-based multinational currently ranks in the top five sports builders in North America and has completed many large arena projects, including the Mosaic Stadium in Regina (Canada), the Aviva Centre in Toronto and the StubHub Center in Los Angeles. It also worked on the B.C. Place stadium in Vancouver (pictured).

Over the past four years, Koger and Birdsall have worked as a team on over $6bn of sports facilities programmes.

Koger commented: “I’m excited to be a part of such a fine organisation as PCL Construction, and continuing the pursuit and successful execution of sports venue projects.”

Koger has more than 40 years of experience and has provided leadership on more than $20bn in sports facilities, including Los Angeles’ new stadium for the Rams and the Chargers, Lincoln Financial Field, Amway Center, Madison Square Garden, and the University of Miami Watsco Center.

He said: “Having worked as a construction manager and as an owner’s representative, I’ve seen first-hand the value that PCL has brought to the table through their collaborative approach to projects.”

PCL operates as group of independent construction firms that work on projects across the US, Canada, the Caribbean and Australia, with bases in 31 cities. Combined these companies work on more than $6bn of construction projects a year.