Seattle outranks New York with the number of construction cranes 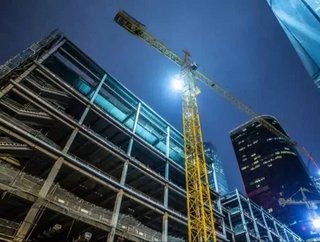 Amongst the construction boom in New York, with developments such as the Hudson Yards and the One Vanderbilt skyscraper, Seattle has surprisingly come o...

Amongst the construction boom in New York, with developments such as the Hudson Yards and the One Vanderbilt skyscraper, Seattle has surprisingly come out on top this summer according to a recent report, with the highest number of construction cranes currently in use. In 2016 alone, the city has had over 50 construction cranes in operation in the completion of high rise and mixed use builds, double that of densely populated cities such as San Francisco and Los Angeles, who are undertaking projects such as the Salesforce Tower development and Oceanwide Plaza.

The report by Rider Levett Bucknall reflects Seattle’s growing popularity and appeal, but has increased the waiting time for the vital equipment, driving up costs. This increase from 2015 will impact the affordability of homes within the region and create competition for local businesses and will dominate the skyline, but will also boost tourism and employment within the area, with the construction of new hotels, offices and residential homes.

Tim O’Neill, a Project Executive for Skanska informed the Seattle Times that developers need to plan for advance to reduce delays in construction, as the waiting time for a crane within the city is currently double the traditional expected time, “If you don’t plan ahead, you’re not going to end up with a crane”

“That will cost everybody a whole bunch of money.”

With the time for a crane to be on site, which can be up to 18 months, delays are further increased through conditional and safety checks by the supplier, who are permitted to see the vital equipment returned to undertake this necessary work, before the cranes are redistributed around the country for various construction projects to developers that need them. The construction boom has even created a large waiting list for developers, where services are taking down reservations for mid-2017.

Falling behind Seattle are Phoenix, Boston and Portland within the US with 20 cranes or under, utilised this year, but Dubai and Australia are still leading the way in the development of high rise buildings, becoming the forefront of the skyscraper boom.