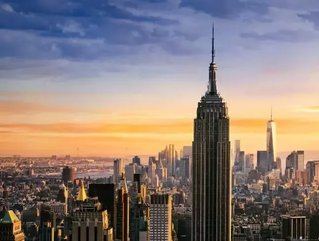 Skanska USA has signed a $75.9 million contract with the New York City Department of Transportation (NYCDOT) to rehabilitate the iconic Manhattan Bridge...

Skanska USA has signed a $75.9 million contract with the New York City Department of Transportation (NYCDOT) to rehabilitate the iconic Manhattan Bridge. The bridge, which was originally built in 1909, is the most heavily travelled of the East River bridges, and accommodates more than 85,000 vehicles, 4,000 bicyclists, and 340,000 transit riders on an average weekday.

As part of this contract, Skanska is performing significant structural and component rehabilitation on various aspects of the bridge, including:

Skanska will also be making upgrades to the bridge’s safety and maintenance features, including its fire suppression system and its dehumidification and drainage infrastructure.

Over the past two decades, Skanska has conducted extensive work on the Manhattan Bridge. As part of NYCDOT’s massive $834 million reconstruction program, which began in 1982, Skanska has completed a total of five contracts to address deterioration of the historic Manhattan Bridge. Most recently in 2010, Skanska performed the 14th contract of this reconstruction program, which saw the suspender cables at all 628 anchor points across the bridge replaced, among other upgrades.

In 2005, Skanska also completed the rehabilitation of the bridge’s north spans, which included the replacement of 18 million pounds of steel comprising the bridge’s upper roadway, repairs to existing subway infrastructure, and the construction of a new pathway for bicycle and pedestrian travel.

Construction on the project is slated to start this fall and finish in spring of 2021.

Paul Koch, Vice President of Estimating, Skanska USA said: “Skanska is proud to continue our work with the Department of Transportation to build, rehabilitate, and improve New York City’s bridges and other critical transportation infrastructure. Hundreds of thousands of New Yorkers cross the Manhattan Bridge each day by car, subway, bike, and on foot, and our work ensures that people can continue to do so for generations to come.”