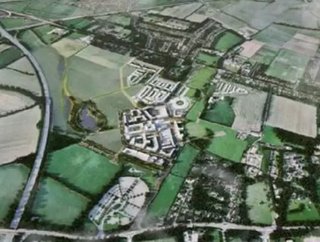 Skanska UK has won a &pound;49.9 million contract from the University of Cambridge to deliver the site-wide infrastructure for Phase 1 of the North West...

Skanska UK has won a £49.9 million contract from the University of Cambridge to deliver the site-wide infrastructure for Phase 1 of the North West Cambridge Development, the University’s largest single capital development project.

Skanska has already won a £3 million junction improvement project and early site preparation works worth £1.5 million on the North West Cambridge Development, and with this latest contract award, will now carry out the whole infrastructure project.

The site-wide infrastructure contract will include the delivery of earthworks, drainage, primary and secondary roads, new junction with the public highway, all utilities (gas, water, electricity, data/communications), co-ordination of the installation of the site wide district heating network, as well as hard and soft landscaping including Market Square public realm, sports fields and ancillary buildings.

The project begins this month and is scheduled for completion in spring 2017. A major feature will be the largest rainwater recycling system in the country. The site-wide sustainable urban drainage system will move rainwater via a series of swales towards a lagoon, before the water is treated and pumped back into the homes for non-potable uses.

The drainage system will be integrated and enhanced by extensive planting to form one of the largest soft landscaping projects in the country containing over 2,400 trees in phase one.

Gavin Heaphy, Construction Director of the North West Cambridge Development said: “The University’s investment in infrastructure reflects the deep commitment to creating a high quality urban development that will benefit not only the future residents, but also neighbouring communities. The complex logistics behind the infrastructure, coupled with the ambitious levels of sustainability, make this a great opportunity for Skanska to join the team and work with us to create a lasting legacy for the University and the wider area.”

The North West development aims to address the lack of affordable accommodation for Cambridge University staff and post-graduate students, and cretae more research and development space as the univeristy seeks to maintain its reputation as a world leader. The entire development is a £1bn project on a 150-hectare site.