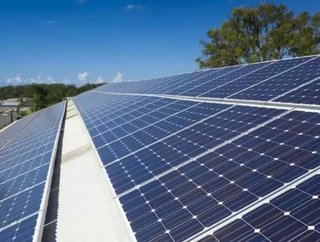 Engineering design firm Burns & McDonnell are set to provide design-build engineering and project management services in the new $27 million Green Omni Terminal Demonstration project at the port of Los Angeles. The project will provide sustainable solutions in the reduction of pollutants and transform marine terminal operations.

The project is aimed to commence in October and finalise in 2017, with the aim to reduce carbon dioxide emissions by 3,320 tons per year.

Pasha Stevedoring & Terminals LP and the Port of Los Angeles are behind the project, which will incorporate a multitude of sustainable features. The project will be funded through a $14.5 million grant from the California Air Resources Board.

An important feature of the design will be the inclusion of the ShoreCat Marine Exhaust Treatment System which will capture over 90 percent of emissions.

Dr Matt Wartian will be behind the construction and engineering design within the initial stages of the project. He said: “Burns & McDonnell has successfully executed a number of micro grid projects incorporating solar and zero emissions technology, but the Green Omni Terminal Project will set a whole new standard” and will “expect a number of other facilities will be launching similar zero-emissions projects based on the results from the Green Omni Terminal.”

The designs will transform the terminal’s infrastructure, incorporating a rooftop solar installation system, which will be supported by a battery storage system.  Wartian said: “The solar power system will be the centerpiece of the project. It will operate in parallel with the Los Angeles area grid through sophisticated energy management system controls that will enable the terminal to “island” and continue operating as a micro grid for a limited period of time in the event of a widespread power outage”.

By including electric vehicles and cargo handling equipment into terminal operations, the terminal will convert AC to DC power, in addition to providing battery-powered drayage trucks and yard tractors to transport goods through the terminal.

Wartian continued: “The Green Omni Terminal Project will be a scalable model to upgrade the 26 other terminals at the Port of Los Angeles, as well as other terminals worldwide”, concluding that “Design-build project delivery will also demonstrate why it is the best system to make these complex improvements and upgrades with no interruption to ongoing terminal operations.”