Taking over an existing space: The restaurateur's recipe 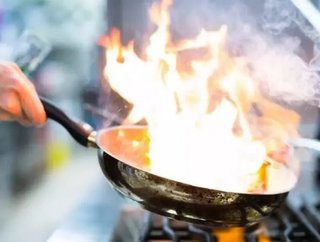 Not every restaurateur who wants to open a cafe, eatery or trendy dining spot has the resources, funds, and experience to build a space from the ground...

Not every restaurateur who wants to open a cafe, eatery or trendy dining spot has the resources, funds, and experience to build a space from the ground up. In fact, some of the best restaurant and dining locales are found in existing high-rises, commercial buildings and converted houses. While there are many advantages to taking over an existing space, restaurateurs should be mindful of the factors associated with signing a lease.

Rob Mescolotto, founder and owner of Hospitality Construction Services, a D.C.-based general contractor specializing in hospitality construction, understands the benefits and challenges that come along with adopting an existing space and transforming it into a unique dining venue. Oftentimes, restaurateurs can get so caught up in the look, location or feel of the space, that they sign a lease before asking some of the most important questions.

Below, Mescolotto outlines five important things to consider before beginning a to renovate renovation of an existing space:

2  Electric companies will often make the restaurateur pay for any electrical installations, in addition to the monthly electric bill. For example, if the conduit isn’t large enough for the number of amps the restaurateur needs for the space, the electric company contracted will suggest they do construction on the street to install a conduit that can handle the  power needs. If the appropriate electrical infrastructure is missing, the cost could easily surpass $10,000.

3  The size of the incoming water line is important depending upon how much water the restaurateur needs for the space. Most buildings will have an acceptable size, but it is important that the restaurateur discusses with the engineer and contractor about their water needs. For example, if the restaurateur plans to launch a large restaurant with a large kitchen, the waterline may need to be bigger in order to pump in the gallons required.

4  It is also necessary to determine the grease exhaust requirements. If the building is a new high-rise, it will most likely have an exhaust duct on the roof while a historical building won’t. This means the restaurateur will have to find space to run a shaft from the hood to the roof, which can often include a few twists and turns. Additionally, if there are other renters in the property, it will require the owner to make arrangements with them and the landlord to utilize the necessary square footage to get in the space for the shaft itself.

5  Sprinklers are a requirement once you reach a certain occupancy limit. The higher that limit is, the more likely the restaurateur will be required by law to include a sprinkler system. Establishing the ideal occupancy limit early on will help the restaurateur find the right space for their needs. Keep in mind: figuring out the occupancy requirements and the sprinkler system needs are considerations that should be decided on prior to beginning both the design and construction processes.