The world’s most haunted castles 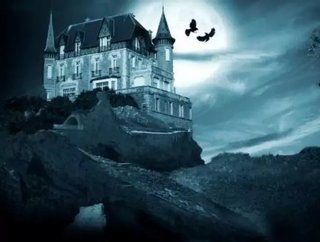 Haunted castles have always created an air of fascination and excitement, whether it is in fairytales or modern society. We take a look at some of the m...

Haunted castles have always created an air of fascination and excitement, whether it is in fairytales or modern society. We take a look at some of the most haunted castles still around today, which continue to be popular with tourists and locals.

Constructed in the 13th century, Houska Castle is one of the most iconic haunted buildings within the Czech Republic.

Situated north of Prague on an edge of a cliff, the castle has a murky history. The chapel was reportedly built over a large hole named ‘The Gateway to Hell’, as all prisoners were horrified and repeatedly screamed once they were lowered into the hole via a rope, in order to report back on what they saw once bought back up to the surface.

The castle was also occupied by the Nazis in the Second World War, where it has been claimed that experiments on local citizens and prisoners were undertaken.

Originally built in the 13th century, Dragsholm Castle is one of the oldest buildings within Denmark, displaying classical Baroque features after its reconstruction in the 15th century.

Fortified in the 14th century, the castle has been used as a prison where there have also been several hauntings. Witnesses have claimed to see three ghosts: the Grey Lady, White Lady and James Hepburn, 4th Earl of Bothwell, third husband of Mary Queen of Scots.

The Earl of Bothwell died after being imprisoned within the castle between 1576 - 1578 and given minimal food and left to die. There have sightings of the Earl riding into the courtyard on his horse ever since. However, the Grey lady worked at Dragsholm and was reportedly given some poultice to cure her toothache by the master of the castle. Unfortunately, she died shortly after.

The White Lady haunts the building trying to find her lover. Believed to be Celina Bovles, daughter from a noble family, she was imprisoned in the castle dungeons by her father after falling pregnant and in love with a worker within the castle. The story appears to be true, as workmen found a female skeleton in a white dress interred within the walls in the 1930s.

Famous for supposedly inspiring Mary Shelley’s gothic novel ‘Frankenstein’, Frankenstein Castle is the most iconic building within Darmstadt, situated above the Rhine valley.

Built in the 11th century by Lord Konrad II Reiz of Breuberg, the castle is surrounded by forests and associated with various myths and legends, popular with tourists and locals. There have been reports of paranormal activity within the castle as several voices have been heard, alongside rituals which still continue today, where magnetic stone formations in the forest behind the castle are utilised within certain ceremonies.

Built in the 12th century, the Talbot family resided in Malahide Castle for over 800 years up until 1976. The castle has undergone extensive restorations throughout the years and is haunted by five ghosts.

The Castle has survived the Battle of the Boyne and the Cromwellian conquest of Ireland, where the castle was granted to Politician Miles Corbet, who was hanged after Cromwell’s death and the castle given back to the Talbot's.

The ghost of Miles Corbet still haunts the castle. Although he attempted to flee Ireland by travelling to the Netherlands in 1660, he was caught and bought back to Malahide two years later in 1662 and hanged. He has been seen in the castle in a full suit of armour, or falls apart to signify the method in which he was killed.

Walter Hussy, son of Lord of Galtrim also resides within the castle. He was killed in battle on his wedding day whilst travelling to the castle to be married, in addition to the ghosts of Lord Chief Justice and Lady Maud Plunkett who have been seen to run throughout the castle.

The ghost of the White Lady has also been seen leaving her painting to walk around the gardens.

Constructed in the 17th century by the Dutch East India Company, the castle was used as a prison through the Second Boer War in 1899-1902 and has been utilised by the South African Army. However, the build has undergone several renovations in the 1980s and is now the most well preserved building in the region.

The building is haunted by several figures which have met their ends at the castle. Governor Pieter Gysbert van Noodt is seen wandering the area after dying of unknown causes after condemning seven soldiers to their deaths by hanging, dying shortly after. The ghost of Lady Anne Barnard, who resided at the castle in the 1700’s whilst her husband was colonial secretary, has also been spotted alongside the ghost of a black hound.

Known as the most haunted house in Ohio, Franklin Castle was built by architects Cudell & Richardson for Hannes Tiedemann in 1881, incorporating 30 rooms and encompassing elaborate, ornate designs.

However, Tiedemann witnessed the death of his mother Wiebeka, daughter Emma and three more daughters within the castle. His wife passed away from liver disease in 1895, and by 1908 Hannes was also dead.