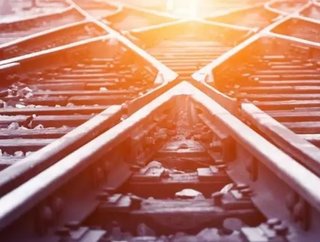 The debut caused a 12 percent increase in the dual-listed company’s Hong Kong share price. With a market capitalisation of $130bn, the CRRC is bigger than other giants Siemens, Alstom and Bombardier, coming second only to General Electric. The railway industry’s new titan has a total revenue stream of $32bn and a workforce of 118,000.

An aggressive global strategy is said to be in place as CRRC aims to compete in Africa, Latin America and South-East Asia. Given its mammoth size, CRRC has impressive economies of scale at its disposal, which will give it a highly competitive advantage in overseas markets. Within the international setting, this edge balances the superior quality and technology offered by global rivals, thereby giving CRRC time to catch up on this basis also.

“It used to be that CSR and CNR were competing against Bombardier and Alstom; now it has become China versus everybody else,” Alexious Lee, Head of Industrials Research for CLSA told Bloomberg. “China’s products may not boast high-end specifications, but they provide value for money.”

State-owned CNR already began an assertive push into new markets when it won a rolling stock contract with the Massachusetts Bay Transportation Authority last October. The $567m deal was the first of its kind in the US and a symbolic achievement for the Chinese market. CNR had won the contract to supply trains for the Boston railway system by offering the cheapest price in comparison to the other four bids on offer, indicating a sign of things to come in terms of CRRC’s approach.

The deal was backed by Chinese Premier Li Keqiang at the time, who will make overseas sales pitches on behalf of CRRC also, with a particular focus on emerging markets.

Given its business model and the proactive support of the Chinese head of state, it seems that a new era is underway for the industrial railway industry. If CRRC is successful in pushing traditional players aside and stepping up in their place, the global market is indeed headed in a new direction.