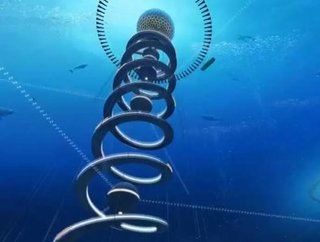 Japanese construction company Shimizu Corp. has revealed outlandish plans for an underwater living space. The project known as Ocean Spiral is an intere...

Japanese construction company Shimizu Corp. has revealed outlandish plans for an underwater living space. The project known as Ocean Spiral is an interesting concept, which would provide accommodation for 5,000 people and include research centers for excavating the seabed for energy resources.

Shimizu spokesman Masataka Noguchi said, “This is just a blueprint by our company, but we are aiming to develop the technology that would enable us to build an underwater living space.”

According to the company, the Ocean Spiral would include a spherical structure with a diameter of about 500 meters floating near the water’s surface. It will have a spiral path underneath, which will connect it to the excavation research center on the ocean bed, approximately three to four kilometers below. The spiral path would be about 15 kilometers long.

Humans will live inside the 500-meter pod, and the spiral paths, which would carry resources from deeper down, would also guard the Ocean Spiral from being influenced by strong currents, Noguchi explained.

The design for the building was developed by researchers from the University of Tokyo, the Japan Agency for Marine-Earth Science and Technology and the government’s Fisheries Research Agency.

Shimizu Corp. said that Ocean Spiral would use temperature differences in ocean water to create energy and produce desalinated water using hydraulic pressure. Fish farms would be built around the structure.

“The ocean has an infinite amount of possibilities” and the Ocean Spiral could help mankind put them to practical use,” Shimizu said.

While the construction giant doesn’t have a schedule for when it will actually build the Ocean Spiral at this point, it said that research aimed at building one should help them develop new technologies. The company said it would probably require about ¥3 trillion ($26 billion) to build an Ocean Spiral and take about 5 years to complete.