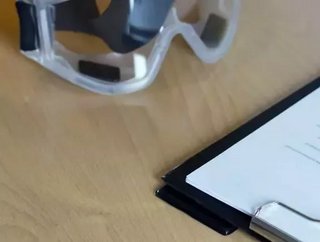 Employment in construction increased by 158,000 during the last month, but infrastructure jobs have shrunk...

Employment in construction increased by 158,000 during the last month, but infrastructure jobs have shrunk.

Analysis by the Associated General Contractors of America released the data on July 2nd. Association officials have said that more infrastructure job losses are expected unless the federal government increase budgets for public works such as roads.

The associations’s Chief Economist, Ken Simonson, said: “The gain in construction employment in June was concentrated in homebuilding, with scattered increases in nonresidential building, while heavy and civil engineering construction employment—the category that includes many highway and other infrastructure workers—shrank by nearly 10,000 jobs.”

He then went on to say: “Unfortunately, those infrastructure-related jobs are likely to keep declining as state and local governments postpone or cancel projects in order to cover the huge budget deficits they are facing in the fiscal year that began for many agencies on July 1.”

The association’s latest circuit revealed that almost a third of contractors reported that projects scheduled to commence from June onwards had been cancelled. Simonson added that just 20% of firms were awarded new or expanded projects. This figure has remained steady since April.

In total, during both May and June, 611,000 jobs were added to the construction sector, but employment still remained 4.4 percent below the June 2019’s level.

In the heavy and civil engineering sector, 9,700 jobs were lost in June and 60,100 (-5.6 percent) over the last year. In addition, employment in nonresidential building construction and speciality trade contractors rose by 84,400.

Job losses weren’t as heavy-hitting in the residential side of construction with an average -2.8% change in employment among residential building firms and residential speciality trade contractors.

Associations officials further highlighted the need for federal officials to act upon job losses by boosting funding for new public infrastructure projects including roads, waterways bridges and airport projects. The ‘Moving Forward Act’ which came into play on July 1st was a step in the right direction, but more needs to be done in order to avoid the inevitable job losses in the future.

The association’s CEO, Stephen E. Sandherr, said: “We urge officials of both parties, both sides of Capitol Hill, and the Administration to come together promptly on meaningful increases in infrastructure funding. Without quick action, the job gains of the past two months will be lost, along with the opportunity to start on improving the nation’s infrastructure at a time when labour availability is high and materials and borrowing costs are low”.