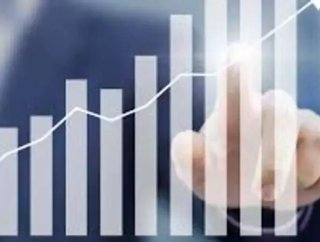 US construction spending increased by the most in nearly two years in January, but the upbeat news is likely to be overshadowed byfears the fast-spreadi...

US construction spending increased by the most in nearly two years in January, but the upbeat news is likely to be overshadowed by fears the fast-spreading coronavirus could tip the economy into recession.

The Commerce Department said on Monday that construction spending surged 1.8% to a record high of $1.369trn as investment in both private and public projects increased. Data for December was revised up to show construction outlays rising 0.2% instead of decreasing 0.2% as previously reported.

The coronavirus epidemic, which has killed at least 3,000 people and infected more than 80,000, has left financial markets fearing the end of the longest economic expansion on record, now in its 11th year.

US stock indexes suffered their worst week since the 2008 global financial crisis last week as investors sold equities and bought US Treasuries. The yield on the two-year Treasury note fell below 1% for the first time since 2016.

In January, spending on private construction projects jumped 1.5% to the highest level since February 2018, after gaining 0.1% in December. It was boosted by a 2.1% surge in spending on homebuilding after a 1.5% increase in December.

Residential construction is being supported by lower mortgage rates. Residential investment increased solidly in the second half of 2019, after contracting for six straight quarters, the longest such stretch since the last recession.

Outlays on private non-residential structures have been depressed by a manufacturing downturn due to trade tensions and cheaper energy products.

Investment in public construction projects increased 2.6% in January after gaining 0.6% in December.