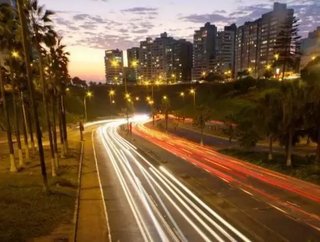 VINCI Highways, VINCI Concessions international highways subsidiary, has signed an agreement with Brazilian group INVEPAR for the acquisition of 100% of...

VINCI Highways, VINCI Concessions’ international highways subsidiary, has signed an agreement with Brazilian group INVEPAR for the acquisition of 100% of LAMSAC company, concessionaire-holder of Línea Amarilla toll road in the center of Lima, and PEX, LAMSAC’s electronic toll collection operator. The deal is based on an enterprise value of LAMSAC and PEX at PEN 5.5 billion (around EUR 1.5 billion) as of 31 December 2015.

LAMSAC holds a concession contract with the Municipality of Lima to build, operate and maintain the 25km-toll road, valid until November 2049. The transaction will be finalised and the operations are transferred in the second half of 2016, once the required approvals have been obtained.

In 2015, traffic on LAMSAC averaged 134,000 vehicles/day. Traffic will further increase following the completion of a new section under construction. With an average annual growth rate of more than 6% over the past 10 years, Peru features a very attractive economy.

This transaction is part of VINCI Concessions’ strategy of expansion in an area with strong growth potential. On 21 April 2015, VINCI Airports notably won the concession contract for the international airport in Santiago de Chile as part of a joint venture, which began operating the airport in October 2015. The construction of a new terminal, which will get under way soon, is expected to double the airport's capacity.